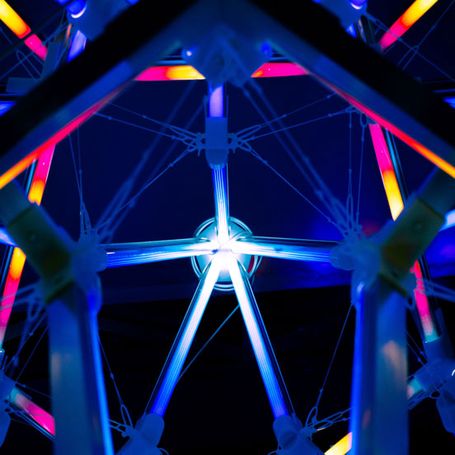 Marcus du Sautoy is an English mathematician; he was born in London and is currently Professor of Mathematics at Oxford University. Highlights of his career include various awards, such as the Berwick Prize from the London Mathematical Society in 2001, and the Faraday Prize for excellence in communicating science to the public from the Royal Society in 2009. Marcus has written several books, among which are The Music of the Primes, Symmetry: A Journey into the Patterns of Nature and The Num8er My5teries. He writes for several British newspapers and has been a guest on many television and radio shows; in 2010, he received an OBE from the Queen for his services to science.

Science helps us understand many phenomena, but not everything can be explained by science

Science is our key to moving into the future. Every day, we move a bit closer to increasing our understanding of the universe: from developing technologies that can improve our lives, to advances in medicine that help us live longer.

Thanks to science, it has been possible to formulate answers to many of the questions about how the world works, and we have been able to improve people's quality of life. The introduction of vaccines, for example, has allowed humans to defeat otherwise incurable diseases, and the examples do not stop there.

The problem is, however, that not everything can be explained through science. Part of the world is unfathomable, and is destined to forever remain a mystery.

Another harsh truth is that each new discovery is simply a reworking of previous discoveries. From this perspective, time is our ally, as it allows us to adapt or improve the theories developed previously. For example, if we think about the evolution of a telescope, there is a notable difference between the first models and those available today, which are now so powerful that, after years of trials and experiments, we are discovering other Earth-like planets in the universe.

We must be aware of what we know, and what we ignore, in order to put ourselves in the best position and right mindset to investigate the unknown further, and more thoroughly. The secret to being a good scientific researcher is being aware of the limits of your own knowledge. The real challenge for a scientist is, in fact, to embark upon a journey of discovery, and venture into a fantastic world of exploration of the unknown. What we know to be still unknown, far surpasses what we know to already be known.

In order to continue acquiring knowledge, it is essential that we start by making this distinction: between the known and the unknown. The need to fill this knowledge gap means that science is in constant ferment, which is the only means by which it will be possible to find answers to the many enigmas that remain a mystery to us.

As for the unknown, we must acknowledge the fact that there are still many questions that remain unanswered. Among these are age-old questions, such as: is the universe finite or infinite? Are there other infinite universes parallel to ours? Is space finite or infinite? What happened before the Big Bang? Where is consciousness located within the brain?

The paradox is that the more one studies, the greater the gap between knowledge and what can be known becomes; the more we learn about the world around us, the more we come to understand its complexity, even without understanding each individual mechanism. Hence, on the one hand, every new scientific discovery adds fuel to our desire to acquire more knowledge, and, on the other hand, simultaneously increases the number of questions in need of answers, some of which are destined to remain unresolved forever.

When it comes to the known, we must remember that our knowledge is limited. Marcus du Sautoy begins this book exploring what is known, before broaching the unknown through the analysis of 7 unanswered scientific questions, which he calls “Edges of knowledge”, and explores issues presented by quantum physics, elementary particles (or the smallest parts of matter), cosmology, artificial intelligence, and the state of consciousness. In his analysis of each Edge, he attempts to explore new scientific frontiers through the use of scientific explanations and analysis.

The first Edge of knowledge broached by du Sautoy is our ability to predict the future and calculate probability, using the act of rolling dice on a table as a case study, and accompanying the reader in an analysis of the chaos theory.

The second concerns quantum physics, in which he uses the sounds produced by a cello to lead us on an investigation into the nature of Quark.

The third examines quantum mechanics, and the critical role of the observer.

The fourth analyses the shape of the universe, and in particular, the concept of its infinity, or lack of.

The fifth concerns time, relativity, the various possible forms of time, randomness, and black holes, taking its lead from a wristwatch.

The sixth delves into consciousness, which is a complex issue due to the difficulty in isolating subjectivity, and the obvious risk of excessive self-referentiality.

The seventh, and final, edge concerns the limits of knowledge in mathematics.

The science of the future is where perhaps answers to these and other questions will be found.

History teaches us that many questions that seemed unsolvable, have since come to be understood over time. Today, many limitations remain, but these may too perhaps be resolved in the future.

The key ideas of "The Great Unknown"

Science helps us understand many phenomena, but not everything can be explained by science

Mathematics is a road to truth: it is a way to explain the world through reasoning

Problems on the edge of knowledge, destined to remain unsolved