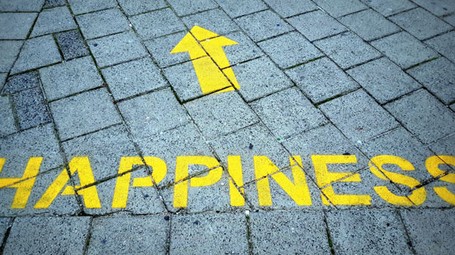 Shawn Achor is a Harvard professor, author, CEO, and founder of Aspirant, a consulting firm that helps people improve their performance at work by using positive psychology strategies. His client list includes American Express, KPMG, Microsoft, and UBS. At Harvard, he worked on the “Happiness” study, one of the most popular courses on positive psychology to date. Every year, he holds more than 150 conferences on the science of happiness, and ways to take advantage of our human potential. His work has been featured in the New York Times, The Boston Globe, and the Wall Street Journal, as well as on CNN, and NPR.

Our society is all too familiar with suffering, but we still haven’t quite figured out how to be happy

Sometimes it seems like the world has been hit by a pandemic of unhappiness. The rate of depression today is ten times higher than it was in 1960. What’s more, fifty years ago, the onset of depression began on average at the age of 29; today, statistically, it starts at 14.

In order to understand what has gone wrong, it is important to take a step back, and analyse the mistakes traditional psychology has made. The first was defined by Tal Ben-Shahar, also known as the professor of happiness, as the “error of the average”, which focussed only on average results as a way of understanding human behaviour as a whole. In the long term, this method led to what is known in behavioural science as “the cult of mediocrity”, which completely ignored any behaviour or result that fell outside a specific, average range. In this way, study programmes, for example, were geared towards average students, ignoring others who were able to learn something in a shorter time, or those who needed more help. Yet focussing only on average results meant that, generation after generation, mediocrity became the goal, creating an inevitable vicious circle. The second mistake was to focus on negativity, in other words, on those who fell below average. The reason behind it was understandable: these people needed more help to reach a level considered normal. However, in trying to bridge the gap between below average and normal, the best possible outcome was, in fact, just average. Moreover, continuously focussing on the negative distorts our vision, and makes us believe that our lives will be nothing but suffering, and that there is nothing we can do about it. For this reason, in 1998, the then-president of the American Psychological Association, Martin Seligman, stressed the need to also study what worked, not just what was broken. This was the beginning of what would later become known as positive psychology.

The key ideas of "The Happiness Advantage"

Our society is all too familiar with suffering, but we still haven’t quite figured out how to be happy

Change is possible: a person is not simply the result of their genes, and can change the things they don’t like about their attitude

There are seven key techniques of positive psychology we need to use, in order to develop our potential and achieve success

Happiness gives people, and companies, an edge over the rest

It is important to find a purpose in our work, otherwise we will never enjoy it

To be able to seize any opportunity, we must escape from the Tetris Effect

On the path to happiness, we are the masters of our own fate

Humans are social animals: having a network of supportive relationships is critical to being happy