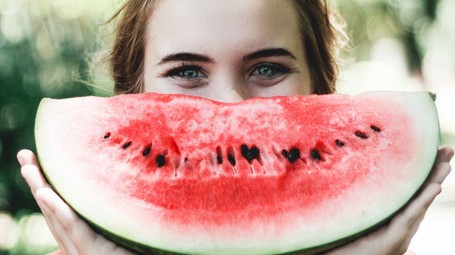 Jonathan Haidt is a social psychologist at New York University’s Stern School of Business. He has written more than 100 academic articles, as well as the book The Happiness Hypothesis: Finding Modern Truth in Ancient Wisdom, and other New York Times bestsellers. He focuses on moral psychology, and its effects on politics and economics. In 2019, he was inducted into the American Academy of Arts and Sciences, and was chosen by Prospect magazine as one of the “Top Ten Thinkers” in the world. So far, he has given four TED talks.

Satisfaction in our lives is driven by emotion, which in turn is determined by the ways in which our mental filters affect how we interpret and react to events and situations

The human brain is constantly battling between emotion and reason. The key to happiness lies in finding the right balance between these two elements. The best metaphor for the human mind is to visualise the image of a rider sitting on the back of an elephant, in which the rider represents reason, and does his best to try and guide the elephant. However, the animal is much more powerful, and has a will of its own, so it will only comply with the rider’s commands if they do not conflict with its own desires. Therefore, the rational part of our mind can advise and guide our emotional core but, in a battle of wills, emotion almost always wins over reason.

The mind is divided in four ways: mind versus body, left versus right, old versus new, and control versus reflex. We have all experienced involuntary bodily reactions, because our bodies reveal our innermost thoughts, even when we would rather they did not. For example, our palms sweat when we are nervous, and our eyes water when we are sad or angry. This is because our autonomic nervous system, or 'gut brain', controls many of our bodily functions independently of our 'head brain', where conscious thought is generated. The two influence each other simultaneously, but can also operate separately from one another.

The brain is divided into two hemispheres, where the left controls language and analytical activities, and the right side recognises patterns, and is responsible for facial recognition. Neurologists have found that people with higher brainwave activity in the left hemisphere of their brain tend to also have higher levels of overall happiness, compared to people with more activity in the right side of their brain.

The frontal cortex is one of the 'newer' parts of the brain, in terms of its overall evolution. In the rider and elephant metaphor, the frontal cortex is the rider, and enables greater thinking, analysis, and decision-making. This is what enables us to learn from our experiences. Reason and emotion are not mutually exclusive, but work together. One of the most effective ways to increase happiness is to bring them both together in harmony with one another, using the power of reason to guide our emotions towards healthier and more fulfilling desires.

Mental processes are mostly unconscious, although they are capable of influencing the behaviour that we consider conscious, which involves complex strategies and planning. The conscious processing parts of our brain, such as language, are relatively ‘young’, and we have not yet completely understood how to use them. They allow us to exert control over our immediate desires for pleasure, such as food and sex, but the automatic system still has the upper hand.

As human beings, we are mainly controlled by our desires, which are in turn driven by emotions, not reason. One part of our brain, the elephant, determines our opinions and positions on moral issues, while the other part, the rider, creates reasons to justify those opinions, but only after the elephant has already made its decision.

We would all be healthier and happier if we paid less attention to the controlled and conscious parts of ourselves, and accepted that the elephant is just as important.

The key ideas of "The Happiness Hypothesis"

Satisfaction in our lives is driven by emotion, which in turn is determined by the ways in which our mental filters affect how we interpret and react to events and situations

One of the main obstacles on our path to happiness is our tendency towards negativity. We need to shift our mental structures and thought patterns towards more positive and fulfilling interpretations of events

Happiness is also influenced by our connections with other people. Reciprocity shapes and governs our happiness by strengthening the relationships we have with others

The key to happiness is not to avoid desire, but to desire the right things

Love and attachment are fundamental to the development of independence, in animals as well as in humans

Under certain circumstances, adversity can be beneficial to happiness and human fulfilment

In order to understand the meaning of life, we must see human beings for what they really are