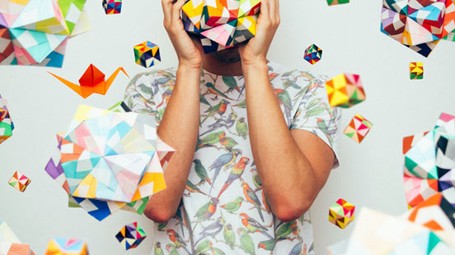 Jack Fuller is the founder of Casati Health, a company reimagining mental and physical health care. He has a doctorate in theology from the University of Oxford, where he studied on a Rhodes Scholarship, and a degree in neuroscience from the University of Melbourne. Fuller has contributed to studies on mind maps and the link between brain, behaviour and evolution. As a project manager at the Boston Consulting Group in New York, and a member of the BCG Henderson Institute, he has been heavily involved in imagination, goals, strategies and transformation. He works as a consultant for brand strategy, Customer Journey Mapping, and product innovation.

Martin Reeves is Chairman of the BCG Henderson Institute (Boston Consulting Group), a business strategy and management company. He has led a broad range of strategy assignments in the Financial Institutions, Consumer Goods, Industrial Goods and Health Care sectors, and has particular expertise in the areas of adaptive strategy, strategy for multi business systems, sustainability strategies, ecosystem strategies, collective learning and innovation, corporate vitality and trust. A regular public speaker and a repeat TED presenter, Martin is co-author of The Imagination Machine and Your Strategy Needs a Strategy.

In order to define imagination, we should understand what it is not

When it comes to defining imagination, we often tend to use words that only partially describe its characteristics.

However, these descriptions are only partial, because they do not fully explain the true meaning of imagination.

So the first thing to do is to fully understand what imagination is, and what it is not.

Imagination is a key distinctive trait that makes us different from animals. In fact, human beings are able to use imagination to explore a world that does not even exist.

Imagination is the human ability to create processes or mental models for something that does not yet exist, and differs from the concept of creativity, which derives from the word "create".

While the word create is about making something that was not there before, the word imagination takes us back to a mental process that occurs in the human mind.

Another false idea we tend to have about imagination is that it is mystical, somehow elusive and impossible to control. Imagination can actually be guided to where we need it to be; on the one hand, it is disconnected from reality, because it deals with the realm of possibility, while on the other, it is connected to reality because imagination will determine the new reality when the process of imagining is complete.

If and when it is trained correctly, imagination can become a powerful tool. In the business world, the use of imagination is an essential part of the adaptation process, such as when a company might need to rethink the mental models it is based on, or renew some of its internal processes.

So the most accurate definition that makes sense certainly does have to do with creating something that didn’t exist before, but is more about an ability to adapt, implement, or improve something that exists and still needs developing.

When applied to the business world, imagination will enable us to separate useful actions from useless ones, it will help us move through the selection process using simple questions such as: what will happen if I introduce this new product? Will customers respond well to this new service?

If it is well trained, the imagination can take us far, and guarantee a growth in business that must not be taken for granted. In fact, over the years, companies have enjoyed greater success, which has also resulted in them being more competitive, and doing so has required that they use the power of their imagination.

Nowadays, most people have greater spending power, but they also have many more options to choose from, so companies risk losing out while customers switch from their product to someone else’s…and imagination is the only means to break this stalemate and keep customers interested. This is where the Imagination Machine comes in, a tool that must be applied strategically and as part of our strategy.

The key ideas of "The Imagination Machine"

In order to define imagination, we should understand what it is not

Understanding how imagination works and making the most of it

So how do we create the initial spark?

The future of human intelligence and its relationship with AI

To become a good leader, learn to exercise your imagination