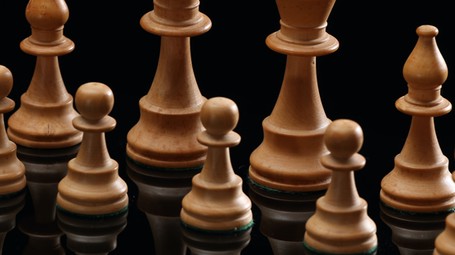 Born in 1973 in London and now a naturalised US citizen, Simon Oliver Sinek is a writer, essayist, and leadership expert. His research focuses on the patterns that make organisations great, starting with their leaders and the processes through which people and companies impact and improve the world we live in. He spreads his ideas via motivational speeches and the numerous books he has written, such as "Start with Why: How Great Leaders Inspire Everyone to Take Action", "Leaders Eat Last: Why Some Teams Pull Together and Others Don't" and "The Infinite Game.”

As the professor James P. Carse wrote in his work Finite and Infinite Games: A Vision of Life as Play and Possibility published in 1986, “there are at least two kinds of games”, whereby games we mean situations implemented by at least two players, “one could be called finite; the other infinite. A finite game is played for the purpose of winning, an infinite game for the purpose of continuing play.”

Finite games can be defined as those in which the players and rules are known to everyone and the game has a clear objective. Whereas infinite games involve all those circumstances in which players can be known and unknown, where there are no rules and there is not even an objective to reach, which would signal the end of the game. Finite and infinite games are all around us, and they can be found in any area of our daily lives, both personal and business. For example, football championships and matches are finite games; but a marriage or a career are infinite games. A way to help distinguish between the two is to think of the concept of victory: you can win a championship, while you cannot win a marriage or a career.

A finite game involves short term thinking, with objectives that can be reached relatively easily and quickly, and a vision which is generally short and immediate. On the other hand, since it does not have set rules or a specific number of players, an infinite game exists in the world of possibilities and is perpetual, adaptable and resilient. That is exactly what a good business should have.

The key ideas of "The Infinite Game"

To activate infinite mode we need a Just Cause

Learning to recognise real Just Causes from false ones

Capitalism today can be reset with an infinite mindset

A leader with an infinite mindset puts people before profit