Home Economics The Know It Alls 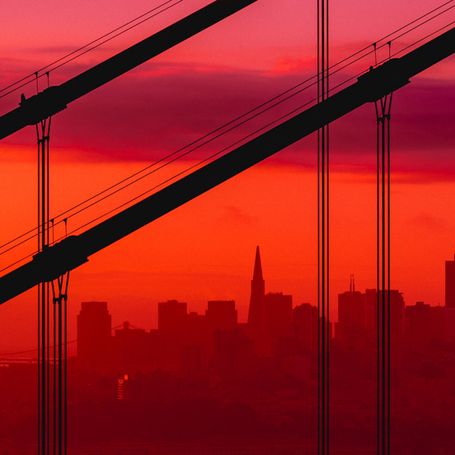 Since 2007, Noam Cohen has been writing columns for the "New York Times" about the Internet and its use. He lives in Brooklyn with his family and this is his first book.

The entrepreneurs who have revolutionized the world

Upsetting the world has always been the purpose of the minds that lived and live in Silicon Valley. This demolition and persuasion began two decades ago and culminated in Trump's election as President of the United States. If we remember correctly: Facebook, Google and Twitter did not hesitate to turn a blind eye to the proliferation of fake news on their platforms during the presidential election. The reasons why they did this lie in the way they view the world. In his well-known column in the "New York Times" (entitled The know it alls), Noam Cohen explains the view that Silicon Valley has above all else, at that particular time, on the world. Cohen points out that people like Jeff Bezos, Peter Thiel, Sergey Brin, Larry Page and Mark Zuckerberg grew up immersed in these ideas of revolution, which have been popular since 1960 and are summarised in the work and minds of Stanford University.

So here in the pages of this book we find out how the culture of Silicon Valley has turned into a political and intellectual force, first in the lives of Americans and then in the rest of the world. Stanford University was the lair of this force, a true incubator of this new and prominent class of boys and then of super geek men. Intelligent, well-read, curious men who have embraced this individualistic philosophy and have built their companies by shaping them with ideas that integrate their vision. This new class of entrepreneurs nurtured by personal and egoic ideals has become the filter through which we look at the world, these minds have set aside the society that we once knew, and have substituted it with a society that looks at itself only through the Internet. Noam Cohen studies these new entrepreneurs, their personal portraits and their lives. He summarizes the development of the mentality that is prevalent among these men, a mentality which they then poured out onto us and onto the whole world. This book helps us to reflect on the absurdity that a single algorithm has created everything that we now have before us. The author also makes us reflect on some important questions: can these men improve the world simply by giving unlimited access to information, using codes and bits? So, a world without rules? According to them, they can: they were raised by people who thought this world was possible. But where exactly is the correlation between their beliefs and the success they have achieved? Well, according to the author, these are disturbing questions about our future and the concept we hold of democracy. Questions that we must ask ourselves and we cannot leave unresolved. The book was not well received in the USA, where the author is accused of being too rhetorical. Instead, his timing was perfect: we won't be able to avoid asking ourselves for much longer what happened to our values and where we really want to find ourselves in ten, twenty, fifty years. Do we want a future decided by algorithms? Would we continue to believe in ourselves, if we lived in that future? The current socio-economic conditions in which every entrepreneur will have to operate sooner or later, are the conditions in which we all find ourselves. We cannot know what will happen next: there is little information and limited resources, not to mention the competition, which is always very high. The world is changing and has already changed due to a radical new vision that comes from overseas and the time available to us seems to be reduced. Or maybe it really is reduced nowadays. This means that we must always adapt. This book is therefore not only about the history of Silicon Valley but it is also a bit of the history of all of us. Let's look at some of these great personalities who ploughed the generation of geek entrepreneurs from Stanford University and who grew up on bread and bits.

The key ideas of "The Know It Alls"

The entrepreneurs who have revolutionized the world

John McCarthy, the inventor of the LISP programming language and the creator of the first Artificial Intelligence Laboratory

Marc Andreessen, the inventor of the Mosaic browser and Netscape Navigator

Sergey Brin and Larry Page and the birth of Google

Peter Thiel, the inventor of PayPal

What did these brilliant minds obtain?