Home Money and Investments The Millionaire Next Door 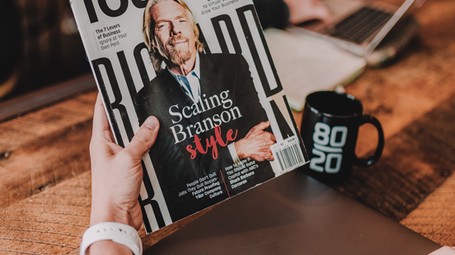 A writer and business theorist, Thomas J. Stanley was one of the most enlightened Americans in the field of research on the behaviour and characteristics of American millionaires, with particular focus on building assets, and on the background and habits pertaining to first generation wealth. During his time as an author, he had published the results of personally curated research on the subject since the 1970’s, including the bestsellers The Millionaire Next Door and The Millionaire Mind. His work in this field had led him to teach at the University of Tennessee, the University of Georgia and Georgia State University.

An expert on consumer behaviour and wealth formation, William D. Danko is an emeritus professor of marketing at the State Univeristy of the New York School of Business in Albany. His decades of research into the world of the first-generation wealthy Americans and the autonomous creation of wealth led him to study the phenomenon of millionaires next door, becoming co-author of The Millionaire Next Door and continuing to publish, in his own name, a series called Richer Than a Millionaire – A Pathway to True Prosperity.

The twenty year study carried out by Thomas J. Stanley and William D. Danko, on the wealthy American population, brings to light two surprising facts. The first, is that many people who live in ‘rich’ areas and drive expensive cars are not particularly wealthy; the second is that many families with millionaire assets live a life which is very similar to normal people, staying in the same house for over thirty years and driving a second hand car. Hence, these are the people whom the authors have aptly named, the millionaires next door.

To fully understand this data, the first thing we need to do, is to let go of the preconceptions that we have about millionaires, or the stereotype created by the media, of the big spender, surrounded by luxury goods: contrary to what we have been taught, wealth is not synonymous with high incomes and crazy expenses but with the accumulation of assets. It therefore follows, that even with a high income, if you maintain a very expensive lifestyle, you may not be rich at all; on the contrary, research highlights how wealth is often the result of a lifetime of work and savings and not an unchecked lifestyle. In keeping with this truth, the profile of a millionaire is generally that of a middle-aged person living a normal lifestyle, without spending to show off and having worked as a small business owner all their life. These are often first generation Americans, who have lived in the same city all their lives and only married once. The millionaire next door lives in the same neighbourhood as the average person and is a compulsive saver.

Of significant interest is that the millionaires next door show little contrast between their lives and those of people with average incomes and assets, and even more interesting, is the fact that the wealth of this segment of the population can be achieved by many people in just one, single generation, by following their example and observing a few rules and a little advice.

In particular, the research brought to light some interesting common denominators in the habits and characteristics of millionaires next door, among the principles for which, are:

By following these rules and sticking closely to these characteristics, each of us can guarantee ourselves financial freedom and an easy, worry free old age, at least from an economic standpoint.

The key ideas of "The Millionaire Next Door"

The mindset of millionaires has to be one of prodigious accumulation

The first rule of accumulating wealth is to be frugal

To accumulate wealth you need to invest time, energy and money in planning

The vicious circle of consumerism can start with a luxury car

The grown children of the millionaire next door are independent

We can all become millionaires next door with discipline and effort