Home Biographies The Moment of Lift 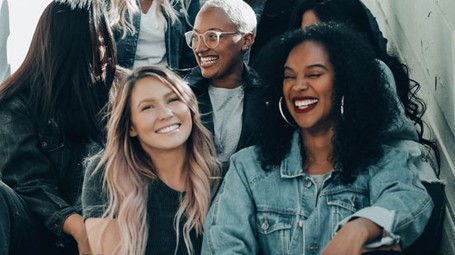 Melinda Gates began her career as a developer at Microsoft in 1987. She left her job a few years later when she married Bill Gates in 1996, and together they founded the Bill & Melinda Gates Foundation, in 2000. She serves on the boards of Duke University, Drugstore.com, and The Washington Post, and is co-chair of the Washington State Commission on Early Childhood Education. In 2008, her husband transferred the shares in Microsoft to her name (except for the main rights to the company), and 13 years later, they released a joint statement on Twitter announcing their decision to divorce.

Humanity as a whole benefits from empowered women

How can we create the momentum needed to uplift human beings in general, but especially the female gender? How can we create this momentum in the hearts of all human beings, so that everyone agrees that women deserve their rights? Often, all we need to do, in order to recognise the empowerment women need, is to stop stifling their abilities and talents.

Now more than ever, we have the knowledge, energy, and moral ‘enlightenment’ to break the negative patterns of the past. We need commitment and help from all supporters and representatives, male or female, without exception: everyone should be part of this much-needed change.

Having said that, people themselves can often change over time: when her daughter, Jenn, was not yet a year old, Melinda Gates was asked if she was a feminist. She was not sure how to answer that question, because she did not think of herself as such, and she was not even sure she knew what it meant to be a feminist. Twenty-two years later, Melinda now thinks of herself as an ardent feminist: she knows that this means believing that all women should be able to make their voices heard and fulfil their potential, and that men and women should work together to break down barriers and put a stop to the preconceptions and prejudices that, even today, slow down women’s progress.

The key ideas of "The Moment of Lift"

Humanity as a whole benefits from empowered women

The Bill and Melinda Gates Foundation focuses on fighting inequality

In order to fight poverty, it is crucial to break down the barriers that prevent poor people from accessing the services available to the wealthy

Contraceptives save the lives of mothers and babies, and reduce the need for abortions: this is why it is so important to overcome the prejudices attached to them

Female education has positive effects on entire societies for many generations

Women must not ‘simply’ replace men at the top of the social and career ladder, but become allies of men in ending this male dominated hierarchy

When we care about equality, we embrace plurality