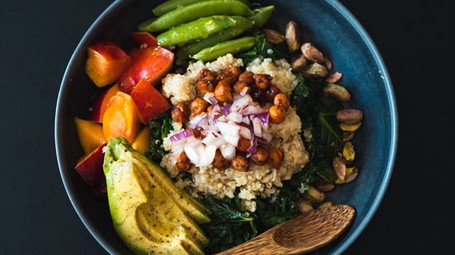 Michael Pollan teaches journalism at the University of Berkeley, and he writes for several publications including The New York Times Magazine and The New Yorker. He is one of the most respected, less orthodox people in the world regarding his stance on the global debate of nutrition. His other books include Second Nature, The Botany of Desire, The Omnivore’s Dilemma, Cooked, and How to Change Your Mind.

In the early days, due to lack of knowledge, human beings were faced with the dilemma of what to eat. Today the food system has become so complex that this dilemma is back

In The Omnivore's Dilemma, Michael Pollan investigates the origins of the food we eat, and how the cultivation, processing, marketing and distribution of this food affect our health, the health of the animals and that of the environment.

This book can be of really valuable support in spreading accurate information and awareness around these issues, and provides us with valid alternative theories and practices, as well as giving us much food for thought on the issue.

The title refers to the great dilemma that the human species originally faced in the first part of its history, namely deciding what to eat.

Since we are omnivores, and are biologically structured to be able to digest both plants, animals and fungi, we actually have a wide range of options to choose from, especially compared to other species that can only eat one thing.

Years ago, for human beings, deciding what to eat and what to discard was a real "existential" issue, because these choices could easily lead to disease or even cause death. As a species we have historically learned what was edible through a series of systems such as memory, recognition, instinct, a sense of taste, culture, discovery, and tradition.

Towards the end of the Second World War, however, our food system began to change drastically, technology advanced, and more and more food began to be processed industrially, with all the consequences this advancement entails, including our health, the health of the animals we keep, and the environment, which we will examine further in the following chapters. So today, we find ourselves faced with a modern version of a prehistoric predicament.

Think back to the last time you went to the supermarket. How many aisles were there? How many shelves were there in each aisle? And how many different products were on each shelf? Currently, the problem of choosing what to eat comes from the enormous variety of foods that we have available to us. Not only that, we can now buy the same kinds of fruits and vegetables all year round, completely ignoring the seasons. Tangerines not in season? No problem, let’s just import them from the other side of the world!

Up until a hundred years ago, we knew exactly where our food came from, typically from a small farm nearby that grew several crops and bred various animals, which we would then buy directly from the farm or at local shops and markets. It was a food system contained within its country of origin and which worked in harmony with nature.

Nowadays, mainly due to the rapid increase in the world population, that method has been replaced by a system of machines that produce products in massive quantities, and practices which are governed by the dynamics of efficiency, price, automation and distribution. Once again, as in the distant past, we find ourselves confused and anxious about the food on our plates, because it is increasingly difficult to understand where it comes from and what is really in it.

Most people accepted this lack of transparency until a multitude of complications began to arise: food contamination, environmental catastrophes and health problems such as obesity, diabetes or heart disease, all of which are closely related to today's food system. This led to the emergence of a movement of people who vociferously demanded organic food, and endorsed sustainable production, the disposal of pesticides, and the promotion of local products.

To exacerbate our uncertainties along came marketing gimmicks, fad diets and the often conflicting reports provided by the mass media.

To answer the fundamental question "What should we eat?" and try to solve the "omnivore's dilemma", Pollan explores three different food production systems: of industrial, organic and ancient hunter-gatherer origins. He does so with reference to the specific ecosystem in the United States, but the lessons we can draw from his findings are essentially valid all over the world.

Finally, he buys a meal from each production chain, and after having rigorously traced each ingredient back to its origins he highlights all their characteristics.

The key ideas of "The Omnivore's Dilemma"

In the early days, due to lack of knowledge, human beings were faced with the dilemma of what to eat. Today the food system has become so complex that this dilemma is back

The modern food industry is one of the biggest contributors to environmental pollution, as well as the diffusion of disease

In Europe, buying organic is not always the healthiest, most environmentally friendly way to eat

The best thing we can do for ourselves, and our planet is to buy from small, local producers who use sustainable farming practices and regenerative agriculture

We have a moral duty to offer animals a better life

We are all responsible for change