Home History and Philosophy The Order of Time 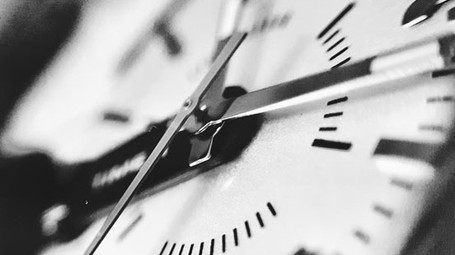 Carlo Rovelli is a professor of theoretical physics at the University of Aix-Marseille, and is best known for his work on quantum gravity. He is one of the founders of the loop quantum gravity theory, which is now among the most studied in the field. In addition to his academic and research work, he is also the author of numerous books that have been translated into more than forty languages, including Reality Is Not What It Seems, which received the Galileo Literary Prize for scientific dissemination, and Seven Brief Lessons on Physics.

The nature of time is one of life’s great mysteries, but the idea of time we have as human beings is distorted by our perception

As human beings, we believe we know a great deal about the world we live in, but reality is not actually what it may seem. For example, we think that the sun revolves around the Earth, and not the other way around. Out of all the mysteries surrounding the cosmos, time has probably been studied and hypothesised about more than any other. Yet the idea we have of time is all wrong.

The first aspect of time that is important to mention is that it does not always pass at the same speed, and is either slower or faster, depending on altitude. The first person to discover this was Albert Einstein, well before the invention of clocks capable of measuring such a small difference. At a high altitude, time passes more quickly than at sea level, because of the mutual attraction between the sun and earth that affects space and time. Since the earth is a relatively large mass, time slows down as we get closer to it, and speeds up as we move further away, like when we climb a mountain, for example. We cannot directly observe the effects of this phenomenon with the naked eye, but it nonetheless leads to an important question: if time changes, and two clocks were to therefore measure it differently, which of the two is “right”? Meanwhile, Rovelli says that this is a pointless question, because one measurement of time cannot be more accurate than another. Each one changes in relation to the other, and there are many more than two. Therefore, there is no single universal time.

The key ideas of "The Order of Time "

The nature of time is one of life’s great mysteries, but the idea of time we have as human beings is distorted by our perception

Time does not actually have a direction, even though humans reason in terms of past, present, and future

Time depends on the speed at which a body is moving, and it makes no sense to speak about a present moment that is simultaneously shared everywhere in the universe

Time has no direction: there is no difference between past and future according to the laws that govern the world

The world is a series of events, not objects, and things take place over time, they do not simply exist

We can define the world by eliminating the variable of time, and using other variables that still describe and measure it

Time is ignorance. Our approach shows that we know very little about the world we live in

The world moves from a state of low entropy, to one in which entropy is increasing