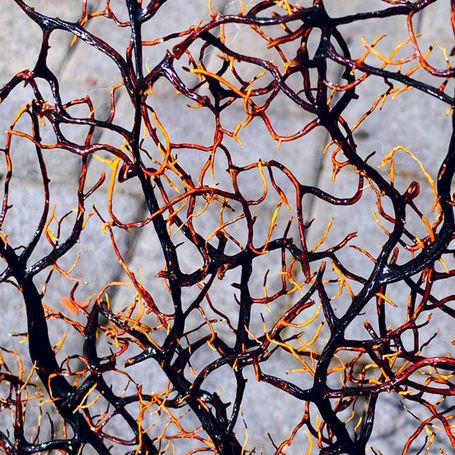 Gad Saad is an intellectual, known mostly for his battle against political correctness. He is a Professor of Marketing at the John Molson School of Business at Concordia University, Montreal, Canada, and was among the first people to promote the application of evolutionary psychology to consumer behaviour. Born into a Jewish family in Beirut, Lebanon, in 1964, Saad was the only one of his siblings to attend non-Jewish schools, and this has had a lasting influence on his life, since he experienced first-hand the hatred towards Jews displayed through the other school children. When civil war broke out in Lebanon, Saad was forced to leave the country with his parents, who headed to Canada, never to return again. He was 11 years old when he arrived in Canada, and spoke very little English. Living in a foreign country, he experienced what it meant to be excluded, and this led to the formation of the two guiding ideals by which he now lives: freedom and truth.

Human beings are thinking animals, which makes them different from other species. Our conquest of thought is the result of years and years of scientific study. Universities are a place of culture par excellence, but they are also environments in which freedom has superseded reason, and where unhealthy ideas have invaded the minds of many students and professors.

Over the course of his life, Saad has faced two wars: the civil war in Lebanon as a child, and the war against reason as a professor. As a result of his personal experiences, he came to formulate key concepts by which to live his life, such as freedom and truth. Saad also developed the desire to leave a profound impact on the world,  with his precise starting point being the world of academia. According to Saad, universities began to drift, due to the tendency to underplay the truth, in order to minimise suffering. Humans need to learn to balance reason and emotion, because if they rely on reason alone, every thought becomes speculation that can be replicated ad infinitum. On the other hand, if we rely exclusively on emotion, thought becomes void,  and we lose our direction. In fact, if we choose the wrong reference system, we will end up heading in the opposite direction to that which we would like to follow.

Freedom of speech is necessary in order to be able to express oneself properly. Being able to express our opinions, following scientific methods, and appreciating intellectual diversity, as well as relying on meritocracy, are non-negotiable elements of an enlightened society, and contribute to each individual’s personal dignity. Talking about freedom is important, and much better than talking about ideology, even when it uses terms like diversity, inclusion, and equity (DIE). In fact, a healthy society ensures that its members have equal opportunities, not equality of outcomes, as DIE ideology would imply.

The concept of freedom itself should be approached with reason. Too much freedom of thought has allowed infectious ideas to spread: ideas about anti-science, anti-reason, and illiberal ideas, such as postmodernism, radical feminism, and transgender activism. Such disorder is reminiscent of, for example, the so-called OPS disease, (Ostrich Parasitic Syndrome) which causes disordered thinking, and which takes away a person's ability to distinguish even the most obvious truths, such as the existence of the sun.

Discussion, therefore, serves to restore order, and to ensure that reason returns. to where it had one been lost. Both a combination of thinking and feeling are required. These should not be seen as antithetical, but rather, as fundamental to the decision-making process. In fact, problems arise when we use the wrong sequence as a model, inevitably leading us to the wrong answer.

The key ideas of "The Parasitic Mind"

When infectious ideas form, they destroy common sense and our understanding of reality