Home Health and Nutrition The Political Determinants of Health

Learn the key ideas of the book by Daniel E. Dawes

The Political Determinants of Health

The Political Determinants of Health is an interesting investigation into the history of American Politics. It aims to sensitise readers to the delicate topic of public health. The world would in fact be a better place if there was not such disparity of gender, status and opportunity. History teaches us that these are real problems which have a profound social impact, whose repercussions spread through time, and are passed down through generations. These differences can be combatted through targeted political choices, yet it is no mean feat. Politics has, or should have, a moral duty to resolve differences for a healthier, more equal and more inclusive society. 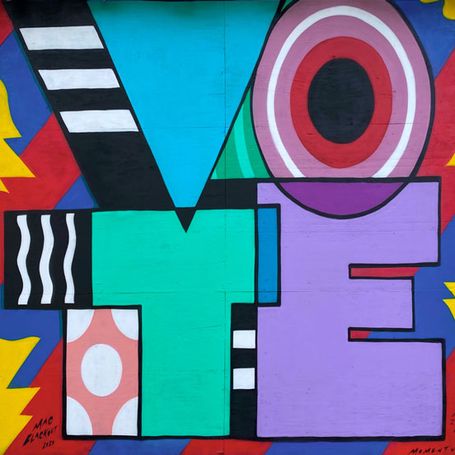 Daniel E. Dawes is a professor, author and director of the Satcher Health Leadership Institute at the Morehouse School of Medicine in Atlanta, Georgia, and co-founder of the HELEN project (Health Equity Leadership and Exchange Network), with which he pursues the noble mission of eliminating disparity for a more inclusive world. He worked in the Obama administration and published the book 150 years of Obama Care.

Politics has the power to increase or reduce social disparity

The important role of politics in society is to define social rules, establish order and above all, to give structure to the society in which we live.

Working in politics is anything but simple, because it is a melting pot of different people with different needs, from various backgrounds, with different political and commercial interests. Reaching unanimous agreements is almost impossible and that is why laws take years to come into force. The problem begins when a political choice appeases one group of people and leaves another at a disadvantage.

Injustices and inequalities in society therefore derive from partial or incorrect political choices.

Some disparities exist as a result of social factors, but they are intensified by political choices. If a law, programme or initiative is not aimed at creating equality, the consequence is a lack of healthy social development.

All too often, politics lacks long term vision. It acts to obtain an immediate return, chasing after an advantage from, say, lucrative commercial agreements, among other things.

The United States is one of the countries with the highest rate of obesity in the world. During the Vietnam War, President Nixon asked companies to produce more goods at a lower cost. To fulfil this request, American companies began to study new ways to cultivate corn, and that was the beginning of what we know today as typical American fast food. Over the years, other concessions have been made to food producers, and today there is no clear legislation that limits the quantity of additives companies can use in their food products.

Poor nutrition in the United States, as essentially in the whole of the developed world, is going to be a big problem in the not-to-distant future. In fact, many chronic illnesses can be traced back to an unbalanced diet, including that of childhood obesity. Infant and maternal mortality, gun violence, depression, diabetes and heart disease, addiction, abusive disorders, cancer and HIV/AIDS are all linked to politics.

The choice of supporting polluting industries is also linked to politics. If only political intervention was used in the right way, the world would be a better place for everyone. There are many factors that affect human health and they are social, environmental, economic, behavioural or even genetic. The disparities begin with these factors but are intensified by politics, which has a significant impact on the creation, maintenance and increase of these differences.

The discourse for equity is a constant battle for power and the distribution of resources. It can form opportunities for fairness or do the exact opposite by exacerbating diversity, and this is exactly where we need to focus our analysis. Bad political choices have serious impacts on our health. We can look at the example of Flint Michigan, where the water in people’s houses was yellow and had a bad smell. The authorities had analysed it but had confirmed that it was safe to drink. Only after several children were poisoned did the authorities reveal that the tap water was contaminated with lead. Some people even died of Legionella. The damage was permanent; some children displayed signs of delayed development and irreversible neurological damage. Even now, there is still some long term damage stemming from the environment in which the children live whose effects have still to be recorded.

There is no doubt that today’s issues of poverty, low life expectancy, health and social inequalities can be directly linked to political decisions.

The key ideas of "The Political Determinants of Health"

Politics has the power to increase or reduce social disparity

Hoping for a change is not enough, action needs to be taken