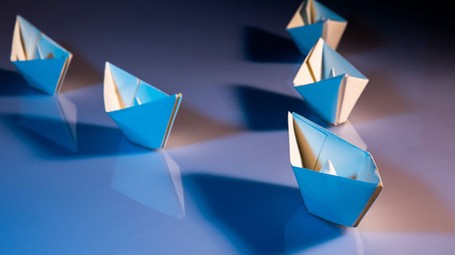 Jan Mühlfeit has worked for Microsoft for 22 years and was President of the European division from 2007 to 2014. He is an expert in strategy and coaching for managers and professional athletes, as well as having created a series of seminars dedicated to personal development. His method is aimed at unleashing both an individual’s true potential, as well as that of a team or an organisation. It is grounded in the principles of positive psychology and based on his own professional experience, as well as input gathered from political encounters, businessmen, and athletes over the years.

An outdated model: four errors frequently made by leaders

The idea that we should strive to be successful is deeply rooted in Western society. Similarly, it is commonly thought that a leader should adhere to a specific stereotype: only by doing so will they be able to guarantee the best results. Mühlfeit himself admits to having been truly obsessed with performance at the beginning of his career. Over time though, following numerous encounters with businessmen and women from a diverse range of sectors, he became aware of the need for a new model and the fact that this model should not be centred around productivity and profit..

He identified four crucial errors that were frequently made, and from this, developed his idea of a different type of leadership, defined by the concept of well-being: positive leadership, as declared in the book’s title. Traditional leaders share some common traits, which according to Mühlfeit, result in them making some serious mistakes. Firstly, they target weaknesses, not strengths; they do not have a dream and fail to form connections with their teams; they manage time instead of energy. Lastly, they strive solely for success, rather than happiness.

The positive leader, on the other hand, is a figure that embodies and promotes change: a person capable of understanding and developing people’s potential, and they differentiate themselves by means of their vision, which emanates authenticity, passion, and energy.

The key ideas of "The Positive Leader"

An outdated model: four errors frequently made by leaders

The 4Ps of positive leadership according to Mühlfeit: people, purpose, process, place

Challenging the obsession with weaknesses: why you need to focus on strengths to do well

The first person a leader should work on is themselves: the need for self-awareness

Positive purpose: leadership as a collective process, in which people work towards an aim together

Work, career, and vocation: three different approaches that can vary depending on your vision

Positive psychology at work: why the goal of a positive leader is happiness, not results

Get into the flow: why more physically and mentally demanding activities are more satisfying

Positive process: manage energy (not time) to give your best and avoid stress and burnouts

Positive place: success or happiness? A path you must travel, even if it’s uphill