Home Economics The Price of Inequality 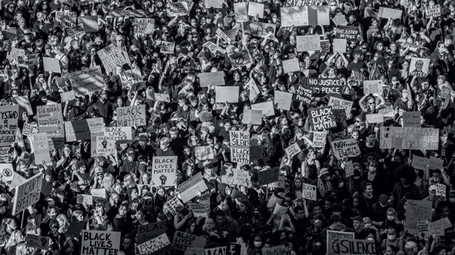 Joseph E. Stiglitz is an economist and winner of the 2001 Nobel Prize for economy. He was Senior Vice President and Chief Economist of the World Bank and he was chairman of the US Government’s Council of Economic Advisers during the Clinton presidency. In 2011, Time Magazine included him on its list of the 100 Most Influential Individuals in the World. Today he teaches economics at Columbia University and is Chief Economist of the Roosevelt Institute.

The protestors were right in 2011 when they said “something isn’t right”: politics needs to stop shaping the market to offer further advantage to those who are already at the top

Throughout history, we have witnessed many appeals for change: today, the successful ones are known as revolutions, and nobody can remember the ones that were suppressed.

After the financial crisis of 2008, a great number of people had to reckon with a bankrupt political and financial system which, having been created on the basis of fundamental inequality, could not possibly come up with a solution to the social catastrophe that was already well underway. So, in September of 2011, the Occupy Wall Street movement was created in the United States, a movement representing  ‘99%’ of the country’s entire population in condemnation not only of its wealthiest 1%,  but also of the growth in the country’s economic disparity, a cause and consequence of the unstable economy and the completely unravelled political system.

The American subprime mortgage crisis brought to light another crisis, the collapse of the value system; the end of making money justified any means, even the exploitation of fellow citizens: some of the poorest and least educated people in the country.

The protestors wanted a new democracy, in which the people would matter, not the money, and in which the political system would cease to offer a helping hand to those already at the top of the pyramid, and would therefore stop making it even more difficult for the less advantaged to climb the social ladder.

The key ideas of "The Price of Inequality"

The protestors were right in 2011 when they said “something isn’t right”: politics needs to stop shaping the market to offer further advantage to those who are already at the top

In America, the “problem of the 1%” comes from several decades of a petrol crisis which began in 1973

Nobody can slow globalisation down, but some can take advantage of it

Education is a direct route out of poverty, but the most disadvantaged people’s access to education is diminishing rapidly

Discrimination shows no sign of decreasing: consciously or unconsciously, employers base their decisions on race, ethnicity and sex

Taxes are not ‘the enemy’: a well-managed tax system has many direct advantages, the first of them being equity, which drives productivity

In a democratic system, the majority wins, but in America governors represent that mere 1% privileged few who possess the power of political manipulation

An agenda of economic reform to increase efficiency, equity, and the level of opportunity