Home Economics The Price of Tomorrow 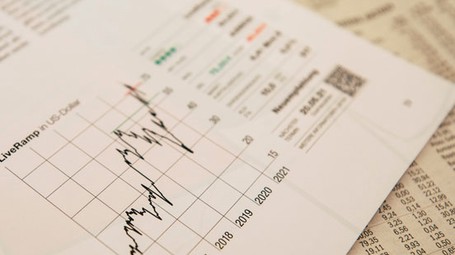 Jeff Booth is a US entrepreneur, visionary tech leader, author, and strategy consultant. He founded BuildDirect, a technology company that aims to simplify the construction industry, and for nearly two decades, led it through the dot-com crash, the 2008 financial crisis, and many waves of innovation and technological disruption. Booth has been featured multiple times in Forbes, TechCrunch, The Globe, Daily Mail, Entrepreneur, Bloomberg, TIME, and The Wall Street Journal. In 2015, he was named “Personality of the Year” by the BC Technology Industry Association, and in 2016, Goldman Sachs named him among the 100 Most Intriguing Entrepreneurs in the World.

Human beings naturally tend to notice things that change more than the things that are actually important, but less subject to change. In practical terms, we rely more on water than on mobile phones, but because the availability of water does not vary (at least in developed countries) while the varieties of smartphones available are constantly changing, we are unconsciously inclined to pay more attention to smartphones.

Our current economic system is based on an assumption of constant inflation: small increases in the prices of goods and services occur more or less every year. Meanwhile the idea of resorting to deflation today goes so much against the consensus of opinion that few are willing to tackle it.

The above statement directly challenges some universal truths rooted in our society; words that most people believe in, and that contain a particular warning about two dangerous trends which, in the opinion of the author, are not receiving enough attention.

The first is that the global inflationary economy is supported by a huge, unstable, and unsustainable amount of debt. The second is that the rapid advancement of technology will cause widespread, lasting, and unprecedented unemployment. Furthermore, as we will see later, unemployment is also closely linked to the issue of price deflation. To avoid disaster, we need to act quickly, and rethink the whole system.

The way humans think is the result of the set of beliefs that they accumulate during the course of their lives, depending on the experiences they have and the accepted conventions of society. This is why "beginners" (or beginner thinking) can be highly advantageous in times of great change, even if it means having less experience. The beginner's mind, in fact, questions itself with the genuine intention of finding the answer, rather than defending an existing one. It is free from comparisons, conventions or beliefs linked to the way things were in the past. When we get trapped in the current of our present situation, it is often difficult to see things from a new perspective, because we are too busy swimming against the tide.

This explains why it is often better to listen to several different opinions when we are trying to solve a problem, because this can provide us with a fresh outlook on things.

The key ideas of "The Price of Tomorrow"

In the current system, economic growth is artificially financed by the creation of enormous amounts of debt, which is in danger of becoming unstable, and bringing the entire system to its knees

Economic policy continues to favour inflation, but the online world is pushing towards deflation

The energy sector, the development of artificial intelligence and automation are all pushing towards deflation, and they will also be the cause of unprecedented unemployment

Since the level of debt will become unsustainable, and the push towards deflation unstoppable, the only solution will be to welcome it and adjust the system accordingly