Home Society and Culture The Rage of Innocence 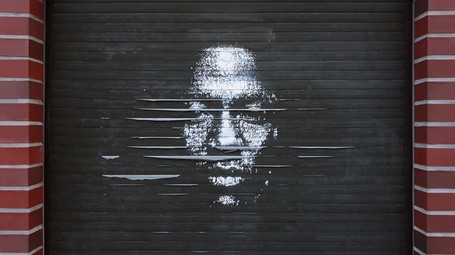 Kristin Henning was born and raised in North Carolina, and worked for many years as a defence lawyer for children and adolescents accused of committing crimes. She has written numerous articles calling for juvenile justice reform in the United States. In 2021, she received the Leadership Prize from the Juvenile Law Center, an organisation that advocates for children’s rights in the justice system. Henning currently teaches law at Georgetown University Law Center.

Discrimination against Black citizens in the United States starts in schools

Eric is a thirteen-year-old boy who wanted to copy a character in a film he had seen, so he made a rudimentary Molotov cocktail using whatever he could find at home: a plastic bottle, bleach, some detergent, and a piece of paper as a wick. He did not even research how to make the weapon, because he had no real intention of making it in the first place. After sealing the bottle with a plastic cap, he put it in his school bag without a second thought, and forgot about it. The following Monday, he went to school and put his backpack on the belt of the metal detector at the entrance of the school building. The security officer immediately noticed the unusual object and asked Eric about it. The boy calmly told the guard that he could throw it away, because he had no interest in the experiment he had done a few days earlier. This was when Eric’s nightmare began: shortly afterwards, he was called out of class, arrested, and interrogated. He was forced to attend an anger management course, and to take several urine tests to prove that he was not using drugs. People at school started talking about him, prying into his home life, and making assumptions about the real reason he had made the weapon. Eric never intended to hurt anyone: the bottle he brought to school was not flammable; it was just a simple experiment, and he hadn’t even brought a lighter with him.

Eric was brought up by his mother and sister, as his father had been in prison for a long time; he was a quiet boy, well liked within his community, and had never shown any kind of anti-social behaviour or anger issues. Yet, from the very beginning, he was seen as a threat. The way in which he was treated appears to be a result of the constant tension and nervousness in the USA surrounding violence in schools. Shortly after hearing about Eric’s story, the author learnt of another similar incident: another boy was found with a Molotov cocktail in his backpack at the school entrance. He was not suspended, questioned, or arrested, however, and the case was quickly closed. So, what was the difference between the two? Eric was Black and the other boy was White. This leads us to assume that the issue is not excessive alarmism surrounding violence in schools, but rather that the underlying problem is racial discrimination.

The key ideas of "The Rage of Innocence"

Discrimination against Black citizens in the United States starts in schools

Stereotypes about sexuality are a powerful tool, which limit the rights of young Black men and women in America

Police presence in schools is oppressive, and officers often respond ineffectively when called upon to intervene

Financial hardship exacerbates the precarious conditions of many Black teenagers

In order to fight discrimination and create a fairer society, we have to cultivate resilience in young people