Home Money and Investments The Richest Man in Babylon 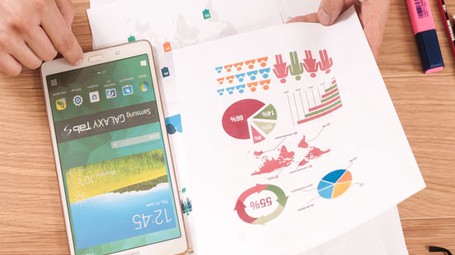 George Samuel Clason had a long and successful career in publishing. He founded the Clason map company of Denver, which published the first road Atlas of the United States and Canada, but which did not survive the Great Depression. The Clason Publishing Company was much more fortunate. Clason wrote a series of booklets offering financial advice, which he began doing in 1926, and which culminated in the famous title “The Richest Man in Babylon”. At the time, the entire series was distributed to customers by banks and insurance companies, and used stories set in the ancient city of Babylon to familiarise readers with some key concepts and points of view.

The city of Babylon, and example of wealth and prosperity that echoes through history

When its inhabitants abandoned it, the city of Babylon became a desert. The site where the city once stood is in Asia, 600 miles east of the Suez Canal, at a latitude of about 30 degrees above the equator, the same as Yuma, Arizona; it also shared the same dry, hot climate. Of the heavily populated and prosperous agricultural district that once thrived there, today only an arid and windswept land remains: the fertile fields, the cities, all the long caravans of merchandise are no longer to be found.

Babylon is remembered as an example of a wealthy and prosperous city, although it was not located in an area suitable for development, nor was it surrounded by natural resources, such as forests or mines. It didn't even have any stone suitable for building; there were no parks and roads nearby, and the rain that fell was not enough to grow crops. Babylon possessed only two natural resources: fertile soil and river water, which was diverted with great engineering work through dams and immense irrigation channels, which then led it to the fields. This system was innovative for the time, and it allowed the Babylonians to enjoy abundant harvests.

The ancient city offers us an example of humankind’s ability to achieve great goals through the means at their disposal: everything that contributed to its prosperity was developed by man, including its riches. Fortunately, during its long existence, the city was ruled by people who did not care about war and conquest, so it was only involved in local conflicts, or in those against ambitious people who tried to attack them and take their treasure. The government was always an example of wisdom, resourcefulness, and justice: Babylon never had monarchs who indulged their desire for power and who sacrificed others’ interests to fulfil their own needs.

Over the centuries, after its abandonment, not much of its ancient splendour remained, but the area began to attract the attention of archaeologists because, from time to time, pieces of broken pottery were found, brought to the surface by occasional storms. Thus began many expeditions, financed by European and American museums. Soon, these operations unearthed ancient cities, including Babylon. Originally, it was built of brick, and its inhabitants were educated and enlightened: they were the first engineers, the first astronomers, and the first mathematicians in the world. In addition to the irrigation system, through an elaborate drainage system, Babylonian engineers recovered an immense area of marshy land at the mouth of the Tigris and Euphrates rivers, which they cultivated. According to the descriptions, the city was modern and had streets and shops. The Babylonians were well versed in creative arts such as sculpture, painting, gold processing, and the making of metal weapons. Jewellers worked on their craft, and the many pieces that were found in the graves of wealthy citizens are now exhibited in museums around the world. These people were also known for their skills in trade and finance: since the systems and structures that enabled them to prosper financially have not changed much since then, it makes sense to use stories from Babylon to help us better understand what we can do to prosper and thrive in the same way they did; in other words, to get rich and manage our money better.

The key ideas of "The Richest Man in Babylon"

The city of Babylon, and example of wealth and prosperity that echoes through history

The man who wanted gold: Bansir, the wagon maker, no longer wanted to be poor

Arkad, the richest man in Babylon, explained to his childhood friends why they were not as wealthy as him

Algamish gave Arkad a piece of advice: “A part of all I earn is mine to keep”

Ways to fill a bag of gold: how Babylon became a rich and flourishing city

The seven remedies that Arkad teaches the Babylonians

How to attract the Goddess of Good Luck