Home Biographies The Ride of a Lifetime 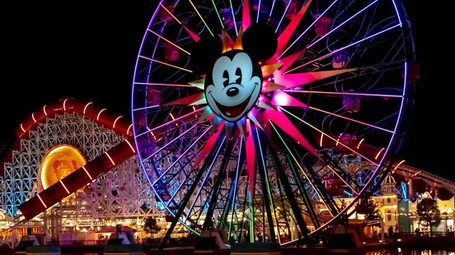 Robert Iger was named CEO of Walt Disney in 2005, many years into his long career. In 1974, he started at ABC Studios as a studio inspector, where he began his career and soon became head of television programming. From that moment on, he continued to forge ahead, getting himself noticed for his remarkable organisational skills. In 1999 he became President of Walt Disney International, and then became CEO of the Walt Disney Company. He is credited with having revived Disney through innovation and the acquisition of other companies, such as Pixar in 2006, Marvel in 2008, Lucasfilm in 2012 and Twentieth Century Fox in 2019. His biography, The Ride of a Lifetime, released in 2019, quickly became a bestseller.

The inevitable struggle to learn, plant seeds, and finally enjoy the fruits of your labour

When Robert Iger first entered the working world, he never imagined he would end up becoming the CEO of the Walt Disney Company, a long standing enterprise that had already made entertainment history.

Iger began working in ABC's television studios in 1974, after a brief stint as a reporter for a small local New York radio station. His childhood dream was, in actual fact, to be a television journalist. However, it did not go well, and he decided that journalism was not quite right for him. While his uncle was in hospital, he met a senior ABC executive, and talked to him about Iger, which is how the opportunity to join ABC as a studio inspector came about.

He worked as a handyman at ABC, in a job that lacked any real direction. He was basically a sort of a gofer, running errands for anyone who needed him. But in the autumn of 1974, he was assigned to an important project, the Frank Sinatra concert, live and in prime time, from Madison Square Garden. Iger was the studio onsite supervisor, which meant managing the event on location, a demanding job that he did extremely well and that earned him the respect of his colleagues, while also allowing him to feel quite proud of himself. After this experience, it was not easy to go back to the repetitive work in the studios, and an argument with his boss convinced him that it was time to leave.

He applied for an internal position and began working for ABC Sport. He was just 23, and this was going to be his real chance. He was responsible for putting all the sports programs on air, he travelled to follow matches, tournaments, and sporting events. ABC Sport was a great learning experience that taught him a trade and helped him get to know people and delegate priorities, but above all, it was a great position to help him get noticed. He also had a good teacher, the director at the time, Roone Arledge, who said that sport was about telling stories, and athletes were the characters in those stories.

Iger proved to be capable of handling complex situations and his skills paved the way for new assignments. In 1985, at the age of 34, he was made deputy director of ABC Sport, and so joined ABC Entertainment. Perhaps part of his luck has always been working in the same field, the media and entertainment industry. For 45 years he worked for the same company: 22 for ABC and 23 for Disney, after ABC was acquired by Disney in 1995.

In 1999, he was appointed president of Walt Disney International, and in 2000, he became operations manager of the entire group. Running for CEO of Disney, which finally happened in 2005, when he took over from Michael Eisner, was actually very long and stressful for Iger, but he eventually managed to convince the board members that he was the right person for the role.

The key ideas of "The Ride of a Lifetime"

The inevitable struggle to learn, plant seeds, and finally enjoy the fruits of your labour

The ability to decide, take action and mediate are essential qualities for a good leader

Leadership tips according to Robert Iger: the 10 principles a leader should always nurture