Home Sales and Negotiation The Science of Selling 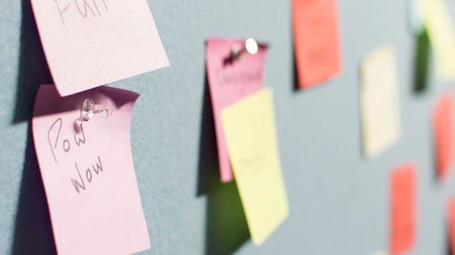 David Hoffeld is the CEO of the Hoffeld Group, a science-based sales and consulting firm. After years as a salesperson, he has honed his knowledge of scientific, psychological, and linguistic research as applied to the science of sales, and is now an acclaimed coach for salespeople around the world, from small businesses to Fortune 500 companies. He also writes for Fast Fortunes and has published articles in numerous economics and finance journals. His The Science of Selling is considered as a valid basis for any sales course, Hoffeld has many followers on YouTube, as on his social network profiles and is often called to give personalised advice to companies.

If you want to sell more, you have to think about the buyer

The idea of applying a scientific method to the world of sales starts with a simple but fundamental assumption: in order to be successful, sellers should always keep the buyer at the forefront of their mind. Simply put, the reason many salespeople struggle, in America and around the world, is that they don't use science to do their jobs. They proceed by trial and error, and repeat formulas that have worked in the past, even if they have only circumstantial value.

In fact, many salespeople, and their employers, see selling as an innate attitude, as something “you just know how to do," without even having defined their customer. Instead, it is actually a skill that can be acquired and refined over time, and which, by applying scientific methods that have been proven to be effective, you can use to improve your sales method and therefore your results.

Science can prove conclusively that selling is a skill that can be trained, like so many others, and that some sales fail simply because of inadequate methods. For example, it is assumed that the best salespeople are outgoing in nature, while science has shown that the salesperson's character has little or nothing to do with their success. Similarly, the methods for initiating a sales interview, conducting negotiations, and closing deals are still modelled on old standards, no longer suited to today's competitive world and above all, unsupported by science.

The key ideas of "The Science of Selling"

If you want to sell more, you have to think about the buyer

To learn to sell, we need to learn to use science to influence the person in front of us

The best way to sell is to guess how people buy

The Six Whys can be overcome using scientific methods

To ensure a successful sale, you need to use the client’s emotions

What to do if the customer still has objections

The importance of commitment when making a sale

Keep it simple, use anchors, mirroring, and stories to win the client over