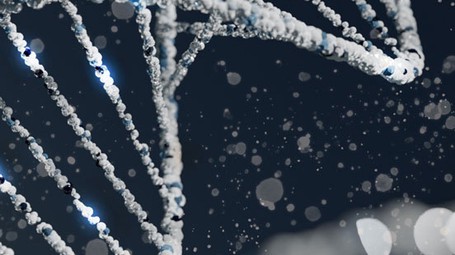 The origin of life as we know it today derives from a single type of molecule, which in the most primordial era of Planet Earth was able to overwhelm all the others: the replicator.

As its name suggests, this particle prevailed over all the others because, unlike them, it was able to copy and reproduce itself: it quickly became the most widespread type of molecule.

However, errors often occurred during the replication process. The result was that the new "copy" was slightly different from the source. Sometimes it just so happened that these differences meant improvement: the new molecule was perhaps able to reproduce faster, or in a more stable manner, and this gave it a slight advantage over the replicator that had given it life. The consequence, in the long run, was that the new type of molecule became predominant, just as it had in the first place when the first replicator appeared.

This mechanism still continues today, because it is the exact mechanism that underlies the phenomenon of evolution, first theorised by Charles Darwin in 1858.

With the passage of time, and the extension of the number of molecules, more and more errors in the replication process have led to new favourable properties that were more suitable for survival and proliferation: in this way, the complexity of the organisms created has continued to increase, until they reached a tipping point, and the subsequent decline in all the species we know today.

Evolution therefore takes place through a differential survival mechanism, in which the community of living beings with the characteristics best suited to thrive end up living and reproducing, while the others die out.

However, contrary to what is commonly believed, the fundamental units on which the evolutionary phenomenon rests, are not the individual organisms as a whole, but an infinitesimal part of those organisms: the genes. A gene is nothing more than a small fragment of DNA, and DNA is the copier molecule source of all life in this world: it is, in fact, the macromolecule that contains all the information necessary for the correct development and functioning of cells in most living beings. To simplify, therefore, we can say that organisms are the product of a certain combination of genes, which contain certain typical and constant traits. The high degree of molecular complexity that has been reached today means that each organism is unique and distinct, while, on the contrary, genes can be present in identical form, as replicas, even in many different bodies. A classic example could be that of hair colour: whatever a person’s hair colour may be, they have a replica of the gene for that specific hair colour in their cells.

And genes, unlike organisms, are capable of surviving and continuing to replicate for thousands, often even millions of years. This power of semi-immortality, therefore, combined with abundance and the ability to self-replicate, makes the gene the absolute and undisputed protagonist of the evolutionary phenomenon.

The key ideas of "The Selfish Gene"

Only a limited quantity of genes can be transmitted through the process of reproduction. So genes are “selfish” by definition, because they work to do anything they can to survive at the expense of other genes

Generally speaking, genes are “selfish”, but those present within a single organism work together because they share a procreative mechanism which is essential to their replication and reproduction