Home Society and Culture The Truths We Hold 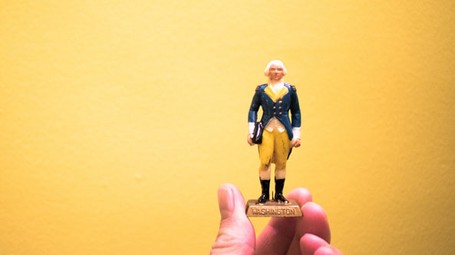 Kamala Harris is a US Democratic politician, who is currently serving as Vice President of the United States. In 2020, she was elected by Time magazine as Person of the Year, thanks to her commitment to acting as a spokesperson for the most vulnerable sections of the population. In her bestseller, The Truths We Hold: An American Journey, she uses professional anecdotes and hard facts to illustrate the conflicts and hopes that unite an entire nation, the United States of America.

Kamala Harris is the 49th Vice President of the United States of America. Over the years, she has held numerous political and legal roles, and has made a significant impact on the country's recent history.

Daughter of immigrant parents, she grew up in an environment in which activism and civic commitment was at the forefront, which also underlies one of American society’s strong points in how it intertwines with the African American, Latin, and Asian community: a highly diversified social environment, from both a human and cultural point of view.

The motto of the Rainbow Sign performative space (frequented by thinkers and leaders of social movements), which was a space that held great importance for her during the early stages of her life, read: “for the love of people”. This slogan, inspired by a deeply sincere humanistic spirit, will accompany her throughout her future professional career, and in each of the battles she would go on to fight in the name of gender discrimination, and those rooted in ethnicity and social class.

Kamala’s personal story and valuable advice thus represent a goldmine of useful ideas for anybody wanting to try their hand at a political career, people wanting to understand complex business dynamics, or simply anyone who wants to learn more about the culture of the United States of America. Her story is both an analysis of the deeper problems that American culture is experiencing, and an ode to what, as a society, it has to offer to the world, despite its diminished sphere of influence and the emergence of other global players: the tenacity displayed in believing in progress and confidence in the future, the ability to bring such a diverse range of communities together under a single flag, and the foresight demonstrated through the country’s ability to identify possible social developments following historical events, often learning, with ease, from its mistakes.

The key ideas of "The Truths We Hold"

Her early experience at the California prosecutor's office, and the prison recovery program called "Back on Track"

Universal health care goal: the need for, and importance of, access to care

The challenges future generations will face, from cybersecurity to the climate crisis, and some tips on how to deal with them