Home Science and Technology The Tyranny of Big Tech 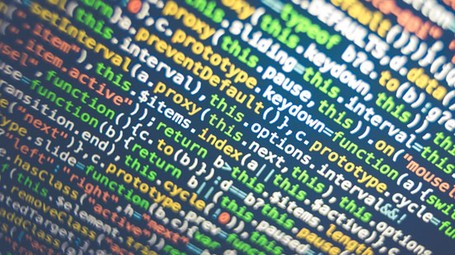 Joshua David Hawley is an American lawyer, a Republican politician, and the Attorney General of Missouri. In 2018, at the age of 41, he was elected Senator, and up until the election of Jon Ossoff, he was the youngest United States Senator in history. He has a degree in History from Stanford University, a Law degree from Yale, and has written a book on Theodore Roosevelt.

In today’s America, Big Tech are the most powerful corporations in the business industry. They have accumulated enormous power, thanks also to active intervention from the government, and their influence extends over every area of citizens’ lives

Big Tech is a term that refers to the world’s major technological powerhouses, consisting basically of the four giants: Facebook, Apple, Amazon, and Google. Supporters of the theory that Big Tech is able to heavily influence the lives of all Americans say that it has been clearly proven by one particular recent event: the reaction to the attack on the Capitol on the 6th of January 2021. One interpretation is that, immediately after the assault, Big Tech took a stand, and moved to silence conservative voices, by removing many people, no matter how high up, from social platforms, even including the president of the United States. Within days, the independent social media platform, Parler, was eliminated: Apple and Google refused to make it available to download from app stores, and Amazon denied Parler access to its cloud computing service. Whether we like it or not, this is organised behaviour, and influences on-going discussion, while depriving one of the parties’ freedom of speech, and damaging overall neutrality.

The fear, especially within conservative ranks, is that Facebook and the other Big Tech companies don’t just have the power to run the American economy, but that they are aiming to take over the entire country. America appears to have gone back to the era of monopolies, a dictatorship that Roosevelt fought against, but that, every now and again, comes back to threaten the rights of individual citizens, and to play a not insignificant part in shaping the future of the community.

The key ideas of "The Tyranny of Big Tech"

In today’s America, Big Tech are the most powerful corporations in the business industry. They have accumulated enormous power, thanks also to active intervention from the government, and their influence extends over every area of citizens’ lives

How the tyranny of monopoly has returned: Big Tech controls personal communication channels, online news outlets, new avenues of commerce, and even politics

The truth is that users have lost control over what Big Tech does with their data, including the predictive processes that anticipate users’ behaviour, and use it to their advantage

Research shows that since around 2015, Americans, and especially young people, have increasingly suffered from difficulty in concentrating, from sleep deprivation, and depression

Taking action against the monopoly is possible: from Roosevelt’s fight against the railroad bosses, to the European Community’s sanctions against Google, and our ability to limit access, especially by children, in order to cultivate community life