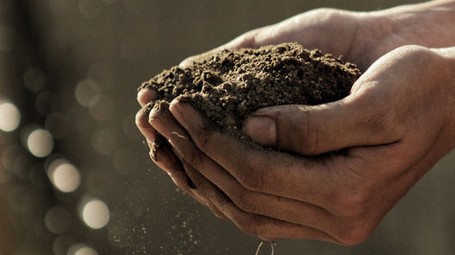 David Wallace-Wells is an American journalist, deputy editor of The New York Magazine and former deputy editor of Paris Review. Engaged in the study and research of issues related to climate change, Wallace-Wells also writes for The Guardian. Since 2017, his work has been specifically focussed on the effects of global warming. His book, The Uninhabitable Earth, is the result of years of scientific analysis and research, and has quickly become a best-seller.

Climate change represents a threat and inevitable challenge for the future

Climate change is a long process that never stops. Since it is an unstoppable process, its consequences are already known, and predictions can be made for the future.

According to Wallace-Wells' analysis, the current situation "is worse than it looks". The consequences of climate change will in fact be a crescendo, with increasingly disastrous consequences. The challenge for the future is enormous.

In recent years, we have seen the devastating effects of natural disasters such as violent hurricanes, and increasingly invasive floods, as well as the effects of melting glaciers and the warming of the oceans.

Unfortunately, these events are part of a larger process, and are all interconnected. In fact, global warming generates cascading effects on the planet, effects that have a significant impact on the very survival of humans on planet earth.

It is for this reason that climate change has now become such an enormous problem, to the extent it will be a really tough challenge for mankind to contain, let alone stop from progressing.

The future that lies ahead is actually really scary, and the margins for improvement, albeit minimal, depend entirely on human decisions.

The way of life on planet Earth has greatly influenced the problem of overheating. If, on the one hand, nature acts autonomously, on the other, humans also play their part, from the way they act as if they own the world, to the choices they make about whether or not to live a sustainable life. But it is a vicious circle, as nature responds each time humans disturb its ecosystem in some way.

Climate change is fast, much faster than we can imagine, and its effects last much longer than we imagine. The problem is that it is irreversible, and therefore those effects are permanent.

Each year, our planet gets warmer and each year, the situation gets worse. According to Wallace-Wells, the time will come when there will be nothing more we can do. According to other sources, man will vanish from this earth within as little as 8 years.

A mere 8 degree increase is all it would take to kill all the people who live on the equator, or for example, in the tropics: the sea level would rise to the point of causing floods and mud, so it would be impossible to harvest the crops, and there would be no food to feed everyone.Obviously, no one knows for sure what will happen in the future, but in-depth studies and analyses are enabling us to create a clear hypothesis of what tomorrow is going to look like. After all, it is well-known that all the great mass extinctions, which have occurred throughout history, have been caused by climate change.

The key ideas of "The Uninhabitable Earth"

Climate change represents a threat and inevitable challenge for the future

According to Wallace-Wells, climate change causes 12 components of chaos that threaten our future

The rise in temperature will cause a struggle to survive

Drought and hunger will be the inevitable consequences of climate change

Among the environmental disasters of the future, we must also consider fires and unbreathable air

The problem of the water levels rising is so severe that it is affecting all marine life. Everywhere.