Home Creativity The War of Art 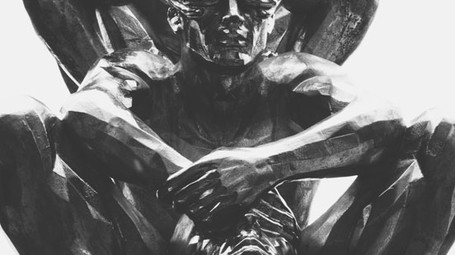 Steven Pressfield is originally from Trinidad and Tobago, and has been an honourary citizen of Sparta, Greece, since 2003. He is a former marine, and has written numerous historical novels, almost all set in ancient times,  such as Gates of Fire, Tides of War, The Virtues of War, and The Afghan Campaign. He also wrote a novel about golf, The Legend of Bagger Vance, which was adapted into the 2000 film of the same name, directed by Robert Redford, as well as writing other scripts and screenplays for cinema. The English edition of his latest novel, A Man at Arms: A Novel, was released in early April 2021.

You must see the creative battle through to the end

It is widely believed that an artist’s work is the fruit of their talent. Those who are unable to embark on a creative path - to complete a painting or a sculpture, write a book, or compose music - are deprived of it. However, this is not entirely true: the difference between a person who has heeded their calling in life and indulged their vocation, completing  one or more artistic endeavours, and those who have failed in their pursuits (or have never even started), lies in the fact that the former was able to overcome the Resistance, whilst the latter did not. One of them returned to their desk, or their easel, day after day, and put a full-stop at the end of the last chapter, or applied the last brushstroke to their canvas.

Irrespective of the form it takes, every creative battle is difficult, and the outcome remains unknown until it is over. During this battle, we measure ourselves against the most powerful and destructive force that we will ever know: the Resistance. This is why you must learn to recognise it and understand how it operates: it is only by doing so, that you will be able to continue your journey and reach your goal, whether it be writing the script you have been thinking about for some time, starting yoga, or volunteering at an association. The Resistance, in fact, goes against everything that elevates the spirit, improves physical form, and that contributes to you fulfilling the purpose for which you were put on this earth. It is something that we experience every time we undertake something physically, morally, and intellectually demanding.

The key ideas of "The War of Art"

You must see the creative battle through to the end

What is the Resistance and why is it so difficult to overcome this toxic force?

How does the Resistance work and who are its allies: what should we fight against?

Procrastination, victimisation, and alcohol abuse as symptoms of Resistance

Fear is our ally and shows us the way forward

Amateurs and professionals: why approach is so important when it comes to achieving a goal

A professional’s characteristics are the means by which they face, and win, the battle

The professional’s passion, patience, and order bring them closer to their goal

Genes, angels, and muses: who are our allies in fighting the Resistance?

Failure to fulfill our purpose has negative physical consequences

Breaking down the Ego to reach the authentic Self