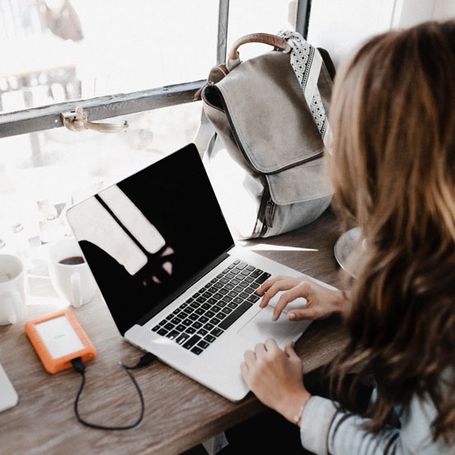 Andrew Yang, entrepreneur and writer, is one of the democratic candidates running for the United States Presidency in the 2020 elections. He became a millionaire with the sale of his startup, Manhattan Prep; in 2011 he founded Venture for America, a non-profit company that proposes to create new economic opportunities in disadvantaged areas of the country, supporting the activities of young new entrepreneurs. Universal basic income for all Americans aged between 18 and 64 is at the heart of his election campaign.

Automations are changing the labor sector, how can we prevent unemployment?

Who are "normal people"? The middle class, to which 70% of Americans believe they belong. The question is, what will ordinary people do in the coming years? Automation and artificial intelligence are pushing people out of the job market, thousands of jobs will be lost in the near future. Right now, some of the smartest people in the country are looking for a cheaper version of you: a foreign worker, a software, a robot. There is no malice in this. The market rewards those who do things more efficiently, and efficiency loves things done effectively and at the lowest possible cost. A wave of automation and job losses is not the vision of a dystopian future, but a transformation already underway.

The numbers tell a story that we wanted to ignore: there is a growing mass of permanent unemployed, automation is accelerating to the point of affecting social structures, and our lifestyle. A report released by the White House in December 2016 traces the landscape for the next 15/20 years: 83% of jobs paid less than $ 20 an hour will be automated. According to the report, between 2.2 and 3.1 million drivers of cars, buses, and trucks will disappear with the advent of self-driving vehicles. Driving a truck is one of the most common jobs in 29 states. The same goes for the innovation that will "touch" cashiers, fast-food workers, and people who deal with customer service. Automation has already eliminated 4 million jobs in the manufacturing industry from 2000 to today.

The workforce in the United States is now 62.5%, lower than that of almost all other industrialized countries. The number of Americans who are not part of the workforce is 95 million. The author calls this phenomenon The Great Displacement. This is the most pressing social, not just economic, issue of our time: the unease due to unemployment leads to the growth of social problems, including domestic violence, depression, and drug use. There is an entity that can reform society and prevent a large part of the United States from becoming jobless and without a future, the Federal State, which, however, currently has neither the budget nor the structure to act accordingly. To reduce the effects of The Great Displacement it is necessary to invest in education, apprenticeship, training, tax incentives, but acting according to the usual policies is not enough, because we are used to thinking that the market solves most of the problems, but this time it will be the opposite.

The key ideas of "The War on Normal People"

Automations are changing the labor sector, how can we prevent unemployment?

What is the US employment scenario of recent years?

How the labor market has changed over the decades

The figures of the US labor market: jobs, wages, and possible losses related to automation

Jobs change and so do other aspects related to our life

The solution to change things is called UBI, what is it?

A new model of person-based capitalism