Home Society and Culture The War on the West 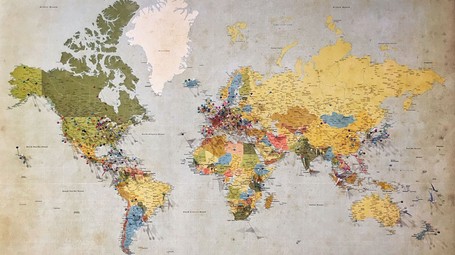 Douglas Murray is a journalist, political commentator, and author. Since 2012, he has been associate editor of the British political and cultural magazine The Spectator. Murray also writes regularly for other newspapers, including The Wall Street Journal, The Times, The Sunday Times, The Sun, The Mail on Sunday and National Review. He is a regular guest on various programmes on the BBC and other news channels. His books include The Strange Death of Europe, The Madness of Crowds and Islamophilia: A Very Metropolitan Malady.

In recent years, we have been witnessing what Douglas Murray calls ‘a war on the West’

Murray maintains that this cultural war aims to undermine the foundations of a culture that has allowed the West to become what it is today. It is a war that attacks the past and present of the Western world, and threatens its future. Every event or deed, good or bad, is criticised with the objective of promoting greater equality, the eradication of racism, and the restoration of justice. According to Douglas Murray, however, these ideas, which are advocated by those inciting war on the West, lead to the exact opposite, in other words, to privilege, racism, and revenge. Supporters of the war believe that Western countries, specifically Europe, the United States, Canada, and Australia, owe something to the rest of the world, and must pay a debt for what has been done in the past, especially during the colonialist era.

An example of this debt is migration: the nations of the West are called on to take in people who are forced to leave their home countries in search of a better future, and if they fail to do so, they are criticised by the entire world. The unrestricted entry of immigrants into any given country, however, significantly alters that nation’s demographic make-up. We are not talking about the ethical implications of hosting refugees, or the consequences on the physiological demographic of a country; the author instead aims to highlight the fact that while the West is considered as having an obligation to welcome immigrants, no other state is expected to do so.

The West is judged according to standards that are not applied to other countries. Boycott movements against China, for instance, are practically non-existent, despite the fact that the country frequently and blatantly violates inalienable human rights. This cultural war, therefore, is based on the belief that the West is to blame, and that the only logical solution is to destroy it completely. The West is judged and condemned in various different ways, such as through the use of propaganda, revisions to educational curricula for children as young as preschool age, and government initiatives to fight so-called ‘systemic racism’.

The key ideas of "The War on the West"

In recent years, we have been witnessing what Douglas Murray calls ‘a war on the West’

The war on the West is mainly based on racism

After the murder of George Floyd, the West began to believe that it was more racist than it actually is

The West is often accused of appropriating other cultures

A process of cultural reprogramming is taking place throughout the West

Education and gratitude are the way forward