Home Science and Technology The Water Will Come 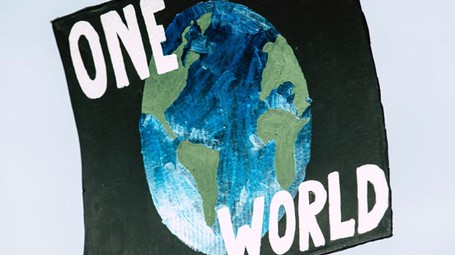 Jeff Goodell began his career in New York, as an expert crime journalist on the editorial board of 7 Days. Freelancing for Rolling Stone since 1996, he has covered a wide variety of topics, interviewing politicians, scientists and billionaires. Bestselling author and commentator for New York Times Magazine, he is highly credited for his analysis on energy and environmental issues. He has been a member of the New America Foundation since 2016.

Even if we stop c02 emissions immediately, sea levels could rise by over 2 metres by 2100

A 2017 report by the National Oceanic and Atmospheric Administration, the leading climate science agency in the United States, says that by 2100 we will experience a rise in sea levels of between 30 centimetres and 2.5 metres. This growth may not be gradual: at the end of the last ice age, water levels rose almost 4 metres in just a century. A rise in sea levels of 1.80 metres could see nearly $ 1 trillion worth of real estate in the United States underwater.

CO2 pollution, the main cause of overheating, differs from all others, because this gas remains in the atmosphere for thousands of years. Even if we stopped emissions today, global warming would not decrease, and sea levels would continue to rise. The fact is, that not perceiving the effects day after day, makes it extremely difficult for us to understand the gravity of the situation. For now, the phenomenon only shows itself through dramatic events, which do not cause us any alarm because we perceive them as exceptional. The same happened with the sudden disintegration of the ice caps at the end of the last ice age, when about 3 million people lived on Earth: the waters advanced inland at a speed of 150/180 metres per year. How would our political-economic system react, faced with an event of this magnitude?

The key ideas of "The Water Will Come"

Even if we stop c02 emissions immediately, sea levels could rise by over 2 metres by 2100

What we can learn from history: Australian myths, the stories of Noah and Gilgamesh are eye witness accounts of real events

The events of 2012 worsened the situation, but the data was not updated in time

The problem is the absence of any recognition of risk: take the case of Miami, which Miami expands out to the sea

Engineering systems: the solutions for Venice, Rotterdam and New York

The engineering method to deal with the problem: create new emerged lands

Another terrible risk caused by salt water: the salinity of the soil and the contamination of the springs

Geoengineering: the temptation to experiment with risky solutions

The best strategy for the future is the least popular one: pull back to win