Home Biographies The World as It Is 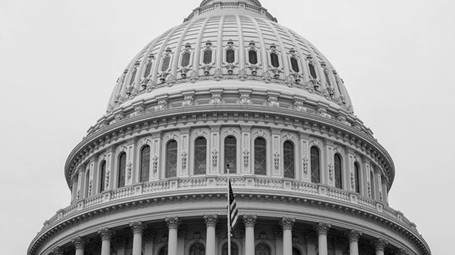 Born in Manhattan, New York, in 1977, Ben Rhodes is an author and political commentator best known for his role as Deputy National Security Advisor for Strategic Communications and Speech Writing during Barack Obama's presidency. Prior to joining the presidential entourage, Rhodes majored in English and political science, and later in creative writing, and then served as a volunteer during Rudy Giuliani's campaign to become mayor. He was an important contributor to the study group on Iraq and member of the 11th September Commission. He has written two books: The World As It Is: A Memoir of the Obama White House and After The Fall: Being American In The World We Made.

When Barack Obama was running for president of the United States, the buzzword was hope, because the prospect of seeing an African American president elected amidst the turmoil and still open wounds of 9/11 gave hope for a decisive change in American politics and society. Consequently, the volunteers worked tirelessly, and were unstoppable, more so than could be remembered from most other, previous electoral campaigns: a huge number of people of all ages found themselves joined together to make a dream come true.

Among these was also the author, Ben Rhodes: interested in politics and supporter of the Democratic Party, for months he tried, unsuccessfully, to get a position on the Obama campaign, until, thanks to his five year stint on the post-9/11 Iraq commission, he was called to help with the drafting of speeches about the Iraq issue. He then became the official speech-writer for Obama, and stayed with him until the end of his presidency, almost nine years later.

In the beginning, Rhodes' work was limited to writing the official speeches that the potential future president made at appointments around the world. While the issue of the war in Iraq started to become increasingly important during the campaign, Rhodes wrote his first famous speech on this very subject: it is the so-called "great speech on terrorism" in which Obama expressed his criticism of the war in Iraq, whilst also condemning the terrorist acts.

Soon, as they travelled through the states during the election campaign, it became clear that Obama had the support of the Western world; in Berlin, a large crowd showed up to hear him speak, and many foreign newspapers were on his side. The American people were also big Obama supporters, with particular excitement among the younger population; leftist sympathisers, and the African American community were very excited about the possible victory of a black president. However, there was still a big hurdle to overcome: the American press, the media and the Republican opposition seemed to find a new reason every day to criticise the choices of the presidential candidate and his team.

This did not change when Obama won the Democratic Party primary against Hillary Clinton, and not even when he became President: for his entire double term, Barack Obama and his team had to deal with unfair attacks, misinformation, fake news and racism.

The key ideas of "The World as It Is"

In 2013 the Republican press began to spread fake news