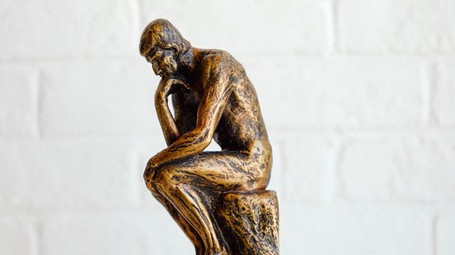 Adam Grant is an American psychologist and author, who has been a professor at the Wharton School at the University of Pennsylvania since the young age of 28. As an organisational psychologist, he is one of the leading experts on how to find motivation and meaning, in order to lead a more generous and creative life. He has been recognised by Fortune as one of the 10 most influential “managerial thinkers” in the world under 40. He is the author of 5 New York Times bestsellers, which have been translated into 35 languages. Adam Grant is also the host of WorkLife, an original TED podcast that tops the charts. His TED talks have been viewed more than 25 million times, and he has more than 3 million followers on social media. Furthermore, he regularly offers new insights in his free monthly newsletter, Granted.

The ability to transform our intelligence enhances our ability to find solutions, but we must overcome deep rooted cognitive biases to develop the skills we need to change the way we think

Traditionally, intelligence is seen as the ability to think and to learn. However, in the complex and chaotic world in which we live and work, to be truly intelligent, we need to develop yet another cognitive skill: the ability to unlearn. To rethink means to take a different approach to any given problem, and if it is true that intelligent people are able to deal with complex problems, it is even more true that their capacity to innovate their own “intelligence” can enhance their ability to find more workable solutions.

Rethinking isn’t easy because we are deeply bound by cognitive biases, such as the “first instinct fallacy”, which leads us to think that the first answer we come up with is the right one. Psychologists have observed what happens when a student finishes a multiple choice test, and has time to re-read his answers and make any necessary corrections before handing it in. In most cases, students are not willing to change their answers, because they are afraid to change them from right to wrong, but an experiment carried out on 1500 students from the University of Illinois, showed that only a quarter of the answers that were changed were wrong, while three quarters of them were right.

So, rethinking and correcting rarely leads to us being wrong: the problem is that not only do humans tend not to like changing their minds, they are not “programmed” to rethink, so it does not come naturally. Once something is done, it’s done. This mindset is linked to a mental laziness fuelled by our need for stability. When it comes to our knowledge and opinions, we prefer the comfort of conviction to the discomfort of doubt, and, even though it doesn’t seem wise to still be using Windows 95, we still hold onto the same opinions we formed in 1995! There are many areas in which rethinking and changing is accepted – for example with everything connected to the fashion world – but in general we tend to listen more eagerly to opinions that make us feel good, instead of accepting ideas that make us have to re-think.

The key ideas of "Think Again"

The ability to transform our intelligence enhances our ability to find solutions, but we must overcome deep rooted cognitive biases to develop the skills we need to change the way we think

A world that changes continuously will penalise those who don’t evolve: the ability to change our minds will determine whether we grow or fail

When we express our opinion, we slip into three possible mindsets: preachers, prosecutors and politicians: defending our opinions, accusing other people’s or promoting our own

Being intelligent is not always advantageous: some research shows that the higher a person’s IQ, the more likely they are to fall for stereotypes because they are faster at recognising patterns

Being intelligent is not always advantageous: some research shows that the higher a person’s IQ, the more likely they are to fall for stereotypes because they are faster at recognising patterns

Constructive conflicts: a good argument is not a war and knowing how to exchange differing opinions helps both parties grow