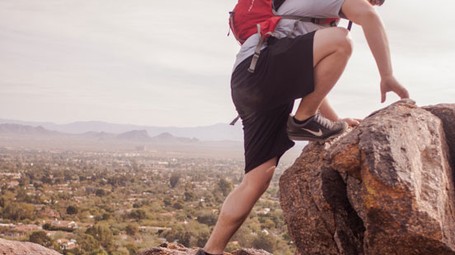 American writer and essayist born in poverty in 1883, Napoleon Hill is one of the first authors of the literary genre dedicated to personal success. His most famous work is Think and Grow Rich, which sold 30 million copies in the original edition, but in his career Hill has written dozens of articles and books (including a series of 17 volumes titled Mental Dynamite, used in his training courses). "Whatever the mind can conceive and believe, it can achieve." is one of his most famous phrases.

The Andrew Carnegie Secret: failure punishes those who fear it

What do George S. Parker, William Wrigley and F.W. Woolworth have in common? All three knew the secret of success. The first was a teacher who, tired of repairing his students' pens, invented a new fountain pen and founded Parker. The second was a traveling salesman, when he noticed that his customers were not very interested in his products but were much more interested in the chewing gum that he gave as a gift, he created his chewing gum company. The third worked in a department store: he sensed the power of fixed-price sales and created the chain of emporiums "five-and-dime store".

Parker, Wrigley and Woolworth are just some of the characters who, with their stories, have helped to outline what we can call the "Andrew Carnegie Secret" (named after the multimillionaire founder of the American steel industry): success and all the wealth that derives from it, originate from a specific idea: that obtaining it is possible. For Carnegie, "success comes to those who become success-conscious. Failure punishes those who let themselves be intimidated by the fear of failure.” It is important to learn the art of changing one's mental attitude to move from fear of failure to awareness of success.

Henry Ford offers an example of this. When he decided to put the famous V-8 engine into production, Ford clashed hard with his engineers, who thought it impossible to merge an eight-cylinder engine into one block. The industrialist forced them to do it, to keep going until they succeeded. It took months, but we all know how that went. Henry Ford was a successful man because he understood and applied the following principles: know what you want to achieve, trust your ability to achieve it, persist until the goal is achieved.

One of the most common causes of failure comes from abandoning the game when you run into a defeat. From the stories of some of the country's most brilliant and famous people, it is clear that success often lies just one step beyond the point where everything seems lost. Many great entrepreneurs could have stopped, without ever finding out that victory was within reach, just around the corner.

The key ideas of "Think and Grow Rich"

The Andrew Carnegie Secret: failure punishes those who fear it

Wealth comes when you define a goal clearly

There are two types of imaginations: creative and synthetic

The Master Mind method: surround yourself with brilliant minds to enrich your thinking skills

Failure is caused by the combination of fears and indecisions