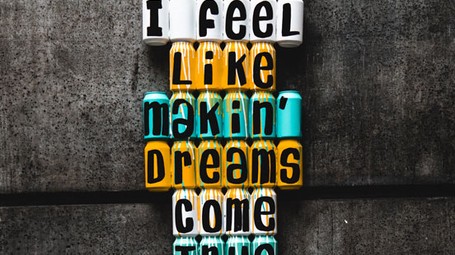 Peter Hollins, psychology graduate and author of several bestsellers on personal growth, worked as a psychologist many years before he transferred his skills into writing. The main aim of his work is to help people understand the full extent of their abilities. Hollins lives in Seattle with his family and is a passionate climber and amateur painter.

The many obstacles that get in the way of our creativity

How can we describe creativity? The best example is Leonardo da Vinci, the Renaissance personified, a famous talent in many fields. His distinctive traits were his insatiable curiosity, his desire to experiment, his concentration and his self-awareness. So is it possible to emulate him? Is creativity a skill we can learn? The answer comes from the story of the engineer James Dyson, who put those same abilities to good use when he decided to get rid of the bag inside the vacuum cleaner: he formulated a theory based on other projects; he experimented with it by building many prototypes and perfecting them until he created his revolutionary domestic appliance.

To develop our creativity, we have to escape the limits that come from outdated concepts, such as that of hemispheric specialisation, or the different functions performed by the two hemispheres of the brain.  Our cognitive abilities are not tied to either of our cerebral hemispheres; if someone has a talent for logic and rationality (left hemisphere), they can still be artistically talented (right hemisphere). Neurobiology has demonstrated that all modes of thought, particularly those related to concentration, imagination and evaluation of a decision, are the result of the collective work of both brain hemispheres.

Even the common association between genius and madness lacks scientific proof. Perhaps an important factor is related to the functioning of the praecuneus, a part of the brain that filters “conversations” that we have with ourselves. According to some studies, the praecuneus is more active in people of a whimsical nature. When it is not active, the mind is full of chatter, which is fertile ground for both the birth of brilliant ideas and for the development of a mental illness. There is a scientifically proven link between brain function and creativity. And it is creativity that favours cell renewal of our neurons, as well as reducing stress, producing positive effects that are similar to those induced by meditation.

We also need to overcome the obstacles created by many clichés, real traps that can demotivate us and therefore extinguish our “creative spark”. It is important that we understand that nothing is ever really new. Basically, everything is the result of adjustments and progress. Once we free ourselves from the pressure of having to revolutionise at all costs, we can begin to think about how important it is to use something that already exists in the best possible way: this is the deeper meaning of originality. Think about one of the biggest innovations in the history of man: the car. Would it have ever been built if its creator had never seen or heard of a horse-drawn carriage?

Another myth that needs to be busted is that of inspiration. It is useless waiting for it: there is no muse and no revelation. Creativity is an art that should be cultivated with consistency and dedication. We need to accept the idea of working amongst chaos, confusion and uncertainty, with no lights to illuminate our path: a true artist doesn’t make plans, he gets to work, he gets his hands dirty and by reorganizing what he has available to him, he reaches his solution one step at a time.

There is one factor that really counts: it is called “the Medici effect” and it is the result of continuous exchange between experts of various disciplines. The Medici Family created the perfect environment to help develop the spreading of ideas. In some fields this is taken for granted, but it could be considered revolutionary if it were used in a different context.

Finally, we need to learn to keep a certain distance: when we are too close, we run the risk of focusing too much on the problems and limits of a project, which impedes our ability to freely imagine and to tap into those unusual connections that could offer the best solution to our problem. Projecting the task out into space and time, and even pretending that it doesn’t concern us, is a perfect way to enjoy the advantage of the freedom of thought that favours creativity.

The many obstacles that get in the way of our creativity

Explorer, artist, judge and warrior: the four personalities to interpret during the creative process

The best in the class: creative methods of unforgettable famous people