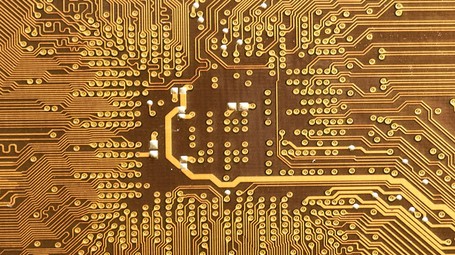 Nicole Perlroth is an award-winning cyber security journalist for the New York Times, where her work has been optioned for both film and television. She has covered Russian hacker attacks on nuclear plants, airports, elections, and more; she covered the Trump campaign, Chinese cyber-attacks, and Iranian attacks on oil companies. Perlroth lives in Northern California with her husband, son, and their dog, and is currently serving as an advisor to the Department of Homeland Security’s Cybersecurity and Infrastructure Agency (CISA). She graduated from Princeton and Stanford, and has worked for Forbes, reporting on the goings on in Silicon Valley.

Knowledge is power, if you know how to use it: the value of the zero-day

When Nicole Perlroth received the call to start working at the New York Times in 2010, she was busy writing articles about the investors who had financed Facebook, Instagram or Uber since the early days and who were well aware that they were onto a winner. The Times, however, wanted her for another type of content: they wanted her to report on cyber security, and even though the author knew next-to-nothing about the subject, she was the one they had chosen. In the world of digital security and hackers, she had yet to learn the lingo, and it would soon become familiar, but the most important word in her new vocabulary was, "zero-day", a broad term that describes security vulnerabilities in a company’s hardware or software which enables hackers to attack their systems: yes, it is a flaw, but it also acts as an invisible cloak for those who sneak in through the back door. "Zero-days" are the most important tool in a hacker's arsenal: a "zero-day" in Apple cell phone software would allow spies and hackers with the right skills to enter any iPhone without being detected. A series of seven zero-days in Microsoft Windows and Siemens industrial software enabled American and Israeli spies to sabotage Iran's nuclear program.

Finding a "zero-day" is a bit like entering God mode in a video game: it is the most direct application of the cliché "knowledge is power, if you know how to use it". Exploiting a "zero-day" can allow hackers to spy on iPhone users around the world, dismantle the security checks of a chemical plant, or make a spaceship come crashing down to Earth.

Knowledge is power, if you know how to use it: the value of the zero-day

The progress made by cyber security is mostly thanks to hackers

The internet has been in use for a relatively short time, but spies have always found a way to complete their missions

A hacker isn’t necessarily a criminal: hacking is an attitude, which can be either positive or negative

Although Cyber attacks belong to the digital world, they are still considered de facto attacks

The boomerang effect of cyber weapons is drastically underestimated everywhere