Home Society and Culture This Is the Fire 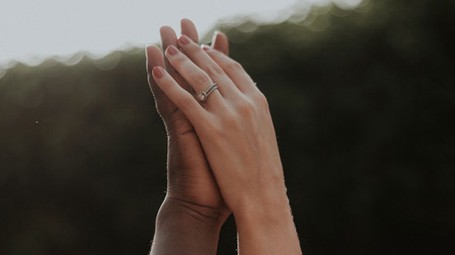 Born in 1966 in Louisiana,Donald Carlton Lemon is an American television journalist. He began his career as a correspondent for the local news, and continued progressing up the ranks until he was finally given his own television programme at CNN, Don Lemon Tonight. In recognition of his work, Lemon has received an Edward Murrow Award, and three Chicago / Midwest Emmy Awards, as well as being included in Ebony Magazine’s 2009 list of the 150 Most Influential African Americans in the United States. He has also been listed numerous times over the years as one of the most influential LGBT exponents involved in the media.

Sag Harbor, New York State, is a symbolic place that has come full circle: the beach that saw the arrival of Europeans, who brought death and slavery to America, has now become an African American neighbourhood

In the bay of Sag Harbor, in the state of New York, a stone slab commemorates the founding of the African American neighbourhood in what used to be an exclusive luxury beachfront residential area.

On that shore, the indigenous Shinnecock people had withstood cold winters and bloody battles against other tribes, until the 1500s, when the Europeans arrived on the American continent, bringing the Bible and smallpox with them. Two-thirds of the indigenous population was wiped out within a few years, and many of those that managed to survive went to work on whaling boats, or other vessels involved in procuring people to funnel into the slave trade, kidnapped from distant islands and coastal regions to be put to work on cotton and sugar plantations.

In July 1619, political representatives from eleven major New World settlements met in Jamestown, Virginia, to lay the foundations of the democracy they aspired to build. The dream of democracy, and the nightmare that was the slave trade, were conceived at the same time, to satisfy the needs of the same group of people. The few objectors had little success in overcoming the landlords and rich industrialists who relied on free labour to maximise their profits.

A century and a half later, a first draft of the Declaration of Independence condemned slavery as a "cruel war against human nature itself", however it struggled to gain the approval of a majority following, with the only consolation being a weak assertion of the equality between men. Nevertheless, its main author, young Thomas Jefferson - subsequently to become the third president of the United States of America – refused to give up entirely. In the Preamble to the Constitution, he included a real "ticking time bomb": the founders had set themselves, and prosperity, the task of forming "a more perfect union". Not perfect. More perfect. The pursuit of perfection is destined to fail, while the invitation to improve more every day is a call to action, and a mandate for change.

Jefferson's message was picked up by Miss Maude Terry, amongst others: she was a Black teacher in 1947 who was approaching retirement, and she found herself wondering why African Americans couldn't enjoy a well-deserved rest on the beach, if they so desired. With this goal in mind, she found the land and, seeing that certain financial laws of the time did not allow black citizens access to mortgages, she founded the Azurest Syndicate, one of the nation's oldest Black summer communities, with her sister Amaza Lee Meredith, who was one of the first African American female architects.

The two women overcame the obstacle of discrimination by creating the Sag Harbor neighbourhood. And so, the long journey on the road to improvement passed through another defining stage.

The key ideas of "This Is the Fire"

Sag Harbor, New York State, is a symbolic place that has come full circle: the beach that saw the arrival of Europeans, who brought death and slavery to America, has now become an African American neighbourhood

When you have the chance to speak, you should say something meaningful, as well as being sure that your actions leave a mark

Microaggressions, obvious reactions to certain situations, acceptance: the most insidious enemy lies in the small acts of discrimination that we continue to accepted with resignation, day after day

African Americans have an intimate relationship with death: it's not just a saying, it's about numbers - just think of the COVID mortality figures, or those from cancer

The "uncivil war" is a conflict based on greed, and on the will to maintain a "caste" system that allows a few to profit from the sacrifice of others

Blacks were brought to America for one reason only: money. Huge wealth would never have been accumulated if America hadn’t had the opportunity to exploit hundreds of thousands of abducted and abused people