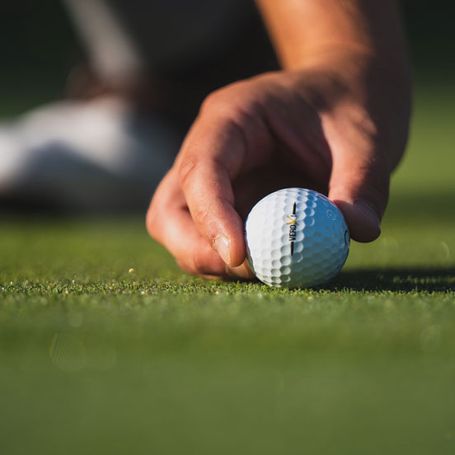 Jeff Benedict is an American author, journalist, and producer. Having begun his career as director of research at the Centre for Study of Sports and Society at Northeastern University where he conducted ground-breaking research on athletes and on violence against women, he became assistant to the chief prosecutor in the District Attorney’s office in Boston. Later, he made his entrance into the political world, and ran for Congress in 2002 with the Democrats. During his entire career, he has always been a fervent writer, alongside his other commitments, publishing 16 nonfiction books, among which is the New York Times number one bestseller, Tiger Woods, which later became a two-part documentary.

Armen Keteyian is an American best-selling author and television journalist, famous for having won eleven Emmy Awards. He graduated from San Diego State University in 1971 with first class honours, and since the very beginning of his career has been passionate about sports journalism. Having worked for the sports section of several San Diego newspapers, his career took off in 1982, when he became an investigative journalist for the popular New York based magazine, Sports Illustrated. Over the years, he has worked as a correspondent and investigative journalist for some of the most famous sports programmes on television. In 2018, he co-wrote the Tiger Woods biography with Jeff Benedict, which became a number one New York Times bestseller, and was made into a two-part documentary for HBO.

At just a few months old, Tiger Woods began his training, and he was a champion by the time he was an infant

Before he was even born, Tiger Woods’ extraordinary life was already mapped out for him. The only child of Earl Woods, a black officer in the United States Army, with his second wife, Thai Kultida Punsawad, Eldrick Tont Woods was destined for a professional career in golf, before he even learned to walk. In the months leading up to his birth, his father had become obsessed with sports, and trained constantly, and it was then that he decided his next son would learn to become a champion.

Tiger’s parents lived up to this promise, and from the moment he was born, young Tiger was exposed to golf, eating his meals and spending time with his parents while his father hit ball after ball in the garage, where he had rigged up a net that enabled him to practise his swing. This exposure brought incredible results: at eleven months old, when the other babies were just beginning to work on standing up straight, Tiger was apparently already able to use a small custom golf club to hit the ball. At eighteen months, he began going to the golf course with his father.

According to the experts, this immersion in the sports environment from an extremely young age had a massive impact on Tiger Woods’ life and career: on the one hand, he associated golf with the nice times he spent with his father, yet on the other, he also associated it with the strict rules and high expectations which deprived him of the freedom to choose and to become his unique self. This duality is a common factor in child prodigies who are driven by their parents towards a particular career: many, like Tiger, become perfectionists and achieve excellence to avoid disappointing their parents, but end up having enormous problems in their personal life due to a lack of freedom. In Tiger’s case, moreover, even his name was imposed upon him: Tiger is not in fact his first name; he was registered at birth as Eldrick. However, to celebrate a fellow soldier in the army who he greatly admired, Earl Woods and his wife agreed that their son should go by the nickname Tiger.

From the age of two, Tiger’s parents got him on television showing off his skills with his tiny golf club, and they made contact with sports journalists and sponsors to try and secure his future. Since the family was not particularly wealthy, sponsorship was important to them, and so were the television appearances and newspaper articles that he featured in, to support the growth of little Tiger’s fame.

From this perspective, Earl Woods knew he could use Tiger’s social status to help further his own agenda if his son were to become successful: in the 1970’s and 80’s in the United States, people of colour were not allowed access to golf clubs. Even though Tiger was born mixed race, he has always been considered African American, and his father aimed to use Tiger to help spread the social message of inclusion among the affluent society of white golfers. This was an important issue for Earl, and one which would bring him many contacts in the world of sports journalism.

As the years went by, while on the golf course Tiger proved himself to be a budding champion, in his personal life he began to experience relationship problems that would stay with him for much of his adult life. Tiger was a shy young boy, who didn’t have much time to socialise with other children or play sports with them at school, which would have helped him to form friendships. This made it difficult for him to relate to other children his age, and left him with a lot of insecurities. His teachers tried several times to convey these issues to Tiger’s parents, but they never made any changes to his busy schedule: they knew what was important for Tiger, which was to concentrate all his energy on golf, with no distractions.

The key ideas of "Tiger Woods"

At just a few months old, Tiger Woods began his training, and he was a champion by the time he was an infant

At twenty, Tiger Woods had already experienced the fame and glory reserved for very few people in history

Being on top of the world carries both risks and responsibilities