Home Economics Too Big to Fail 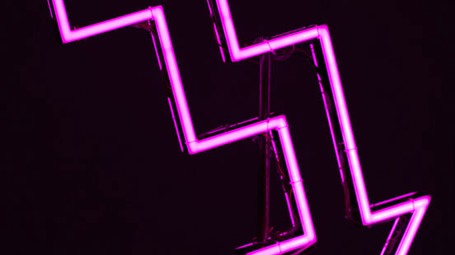 Andrew Ross Sorkin was born in New York in 1977 and is a graduate of Cornell University. He is a journalist, author, and financial analyst. He is the New York Times’ award-winning chief reporter on mergers and acquisitions, columnist, and assistant editor for business and financial news. Too Big to Fail was awarded the most prestigious award in business journalism, the Gerald Loeb Award, as well as the Spear’s Financial Book of the Year Award, and was nominated for the British BBC Samuel Johnson Prize in the best non-fiction category. In 2007, he was named Young Global Leader by the World Economic Forum. Sorkin is also the founder of DealBook, an online daily financial report published by The Times.

The pre-crisis scenario: the stratospheric wages in the financial industry and the illusion of having created a new global model

In 2008, the financial giant, Lehman Brothers, declared bankruptcy. Lehman’s debt exposure amounted to $613 billion when, on the 15th of September, it filed for Chapter 11, a provision of US bankruptcy law that allows firms to reorganise after a major financial failure.

The Lehman Brothers’ collapse sent shockwaves around the world and triggered a crash across the whole of the investment banking sector. In less than eighteen months, Wall Street went from celebrating its golden age, to the brink of a major disaster. Trillions of dollars in wealth had vanished and the financial landscape was entirely reconfigured, destroying the idea of a new era of low-risk profits and that American-style finance engineering was the global gold standard.

In order of size, Goldman Sachs, Morgan Stanley, Merrill Lynch, Lehman Brothers, and Bear Stearns were the “Big Five”: the five investment banks that, in 2006, reported profits totalling $265 billion. It was a new generation of wealth that hadn’t been seen since the 1980s.

In 2007, employees in the financial sector were earning a total compensation of $53 billion. Goldman Sachs, the top brokerage at the onset of the crisis, accounted for $20 billion of that total. The firm’s chief executive office, Lloyd Blankfien, alone earned $68 million.

These extraordinary sums were possible against the backdrop of maintaining an insane average leverage ratio of 30 to 1. The Big Five’s method was based on financial leverage, which involves increasing one’s exposure through cross-borrowing, reinvesting in high risk transactions, and earning a profit on the spread between the interest on debt and the interest on capital lent or invested. When leverage worked, it worked spectacularly, validating complex industry models and generating record earnings. When it failed, the results were catastrophic.

In 2007, at the height of the economic bubble, the financial services sector had become a wealth-creation machine. Financial products, including a new series of securities so complex that even many CEOs didn’t understand them, were becoming an ever stronger driving force of the nation’s economy. The mortgage industry was an especially important component of this system, providing loans for Wall Street’s elaborate creations that were then repackaged and sold around the globe. The mortgages were “securitised”: instead of holding onto a loan, the banks split it up into individual pieces and sold those pieces to investors, collecting enormous commissions.

Fannie Mae (Federal National Mortgage Association) and Freddie Mac (Federal Home Loan Mortgage Corporation), two private mortgage firms, saw rapid growth during these years. Both have always had a US government-guaranteed line of credit to allow low-income citizens to obtain a loan to buy their first home. The two firms did not finance people directly, but bought mortgages from the banks. During the housing boom, the big banks bought mountains of mortgage-backed assets from one another, and believed that this system had diluted, if not removed, the risk. Between 2000 and 2006, the basis for the housing bubble was created: banks made loans to practically anyone, causing house prices to skyrocket and turning ordinary people into speculators.

The key ideas of "Too Big to Fail"

The pre-crisis scenario: the stratospheric wages in the financial industry and the illusion of having created a new global model

The collapse of Bear Stearns and the domino effect: in an over-connected system, one investment bank’s collapse inevitably and severely affects the others

The Lehman Brothers liquidity crisis, the Warren Buffet pitch, and the lack of government support

Merrill Lynch and Morgan Stanley’s fate, and the TARP plan to stabilise the markets