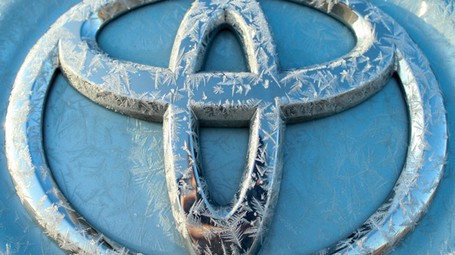 Taiichi Ohno (1912-1990) is considered the father of the Toyota Production System. A graduate in mechanical engineering, he began working as a clerk in the Toyoda family chassis factory and then moved on to the automobile department, until he became the executive vice president of the company. He spent his entire working life in the service of the Toyoda family.

Taiichi Ohno and the revolution of consciousness

Taiichi Ohno was born in Manchuria in 1912 and spent 45 years of his working life in the service of the Toyoda family. He started at the company in 1932 as an employee in the textile branch and then landed a job in the automobile department in 1939. He graduated in mechanical engineering, but his real training was hands-on, in the production departments, in close contact with the workings of the machine shops. Ohno is considered the father of the Toyota production system, the man who devised a new way to interpret production as a fluid, constant and continuous process, eliminating any waste, both in terms of building unnecessary components, and of unnecessary work. To get there, Taiichi Ohno challenged old, established rules and completely revolutionised the production process, turning it on its head and reaching what he himself defined as a “revolution of consciousness”. The new industrial company had to be brave enough to let go of the mindset of storing reserves and overproduction. It became imperative to avoid any kind of waste, and produce only what was needed, when it was needed. The American mass production system was no longer adequate for the times; it produced a limited number of models in massive quantities, which no longer seemed to be a sustainable business model. The revolution that Toyota introduced was the polar opposite: achieving lower costs and producing a limited number of many different models.

Taiichi Ohno and the revolution of consciousness

The Kanban method to reduce waste and speed up processes

Just in time: producing only what is necessary, eliminating the need for storage

When a problem arises, we need to ask ‘why’ five times to reach the heart of the matter

Automation with a human touch, or getting the best from the cars by placing the responsibility in the hands of its workers

The workshop comes first: the importance of direct contact with production to ensure the processes are continuously improved

Teamwork and the strength of a good production system