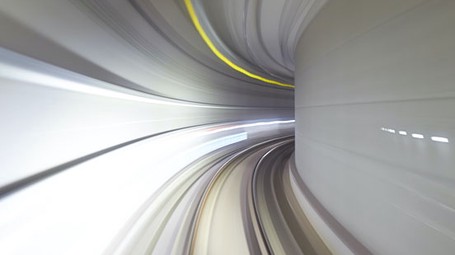 Scott Young is a programmer, entrepreneur and best-selling author of the Wall Street Journal. He has a degree in Economics and is an expert on self-training. Young has accomplished important things in the field of ultra-learning, including completing a 4-year MIT computer science course in 1 year and learning 4 languages in a year. He currently lives in Canada.

You can have a university education without needing to attend university

Scott Young studied business and economics, but once he graduated, he realised he hadn’t chosen the right path and wanted to study computer science. The idea of enrolling at university again and spending another four years of his life in that environment didn’t appeal to him one bit, so he thought to himself that there must be a better way to learn something he was interested in.

After doing some research, he began what he called "the MIT challenge" (Massachusetts Institute of Technology), one of the most prestigious colleges in the world. The challenge was to complete the computer science study program, and pass all the exams of the four year course in one year. He won the challenge he set himself and from that moment on he became unstoppable.

The project he had just completed gave him a huge boost of confidence in himself and he realised that university is not the only place you can learn. This achievement aroused his curiosity and he decided to find out what other skills he could learn and how far he could take this new-found learning method.

The new challenge, which he developed with his roommate, was called “A year without speaking English”. The idea was to move to a new country and learn a new language every three months. The two set strict rules that they had to abide by, and the main one was never to speak English, not even to each other. The experiment worked: in one year, they learned Spanish, Portuguese, Mandarin and Korean (they didn’t quite learn the last two at such an expert level as the first two, but they were still proficient enough to be able to travel and converse on various topics).

Since the Ultralearning method worked with information technology and languages, the author felt sure that it could also be used in other areas. He experimented with drawing, and also in this field he was able to obtain excellent results in just one month. As a result Scott Young came up with the idea of putting together the characteristics and strategies of people who dedicate themselves to ultra-learning, namely of all those people who, with commitment, effort, planning (and enthusiasm!) engage in new learning challenges, without setting themselves any restrictions.

The key ideas of "Ultralearning"

You can have a university education without needing to attend university

Ultralearning is an autonomous and intensive method for acquiring new skills and knowledge, which has many advantages, but it is not designed to be easy and fun!

Having direct experience, or spending a lot of time doing the thing we want to become proficient at

It is easier to retrieve than to review: we can push ourselves to find the information in our minds instead of from an external source

Ultralearners learn quickly because they look for immediate, precise and intense feedback

Ultralearners develop strategies that help them remember, because they know that our natural tendency is to forget the things we learn

Exploring and experimenting are the secrets to true mastery, as we learned from the story of Van Gogh