Home Science and Technology Under a White Sky 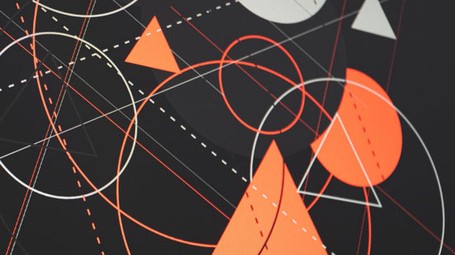 Elizabeth Kolbert is an environmental journalist and writer. After graduating from Yale University with a degree in literature and studying at the University of Hamburg on a Fulbright scholarship, she went to work for The New York Times. She has been on the staff of The New Yorker since 1999, where she writes about the environment, climate change and global warming. She is the author of several books including Field Notes from a Catastrophe: Man, Nature, and Climate Change and The Sixth Extinction, which won her the Pulitzer Prize for General Nonfiction in 2015.

We live in the era of the Anthropocene, where every human action has a consequence that is not always predictable, neither locally nor globally

The actions of human beings have already directly modified more than half of the earth's surface - excluding areas covered by ice - and indirectly half of the rest. Our influence was so profound that it gave rise to what scientists have termed the Anthropocene. The term was coined in 2000 by Paul Jozef Crutzen, meteorologist and atmospheric chemist, winner of the Nobel Prize for Chemistry in 1995, together with his colleagues Frank Sherwood Rowland and Mario Molina. The Anthropocene refers to the current geological age, in which human impact has substantially changed the terrestrial environment, both locally and globally. There is no universally agreed start date for the beginning of the Anthropocene era, but according to the Anthropocene Working Group, this era could have started in the middle of the last century, when the United States of America and the Soviet Union began to carry out tests to produce nuclear weapons.

The isotopes produced by their detonations have, in fact, left a tangible and unequivocal mark on the earth's geological history. Atmospheric and ocean warming, desertification, ocean acidification, melting ice, increased sea levels, and eutrophication (the harmful increase of nitrates and phosphates in aquatic environments) are all consequences of the success of the human species. In the Anthropocene there is no place in the world, not even in its most remote areas, in which there is no trace of human impact. For example, not only have humans modified the course of individual rivers, but of entire river basins; they have produced about a hundred times more carbon dioxide than volcanoes, and induced earthquakes due to the activities of the oil and gas industry.

Human beings are the main cause of extinction and are most likely the main cause of speciation (the evolutionary process through which new species are formed). In the history of the Earth there are just a few examples similar to what is happening now in the Anthropocene era. From the point of view of the drastic decrease in species, the most recent event was the mass extinction which caused the disappearance of about 75% of the animal and plant species of the Cretaceous period, including the dinosaurs, which occurred 66 million years ago, due to the impact of an asteroid in the Gulf of Mexico and the consequent change in the environmental conditions of the Earth.

This fact, however, cannot really be compared to the current anthropic impact: the change that human beings have caused and continue to cause has no real equivalent in the past, and the fact that it is so unique makes it difficult, if not almost impossible, to predict its outcomes. Conservatively speaking, it would be wise to rethink our consumption, and drastically reduce our ecological footprint, but there are almost eight billion of us living on this planet, each with our own acquired or desired needs, and trying to turn back the clock seems to be a naive solution. Added to this is also the sad realisation that it would probably not be enough, in any case, to allow us to return to a situation of relative equilibrium.

The key ideas of "Under a White Sky"

We live in the era of the Anthropocene, where every human action has a consequence that is not always predictable, neither locally nor globally

In the Anthropocene era, the rate of extinction is marching on at a fast pace despite conservationist efforts, because human beings have altered the balances established by nature

Assisted evolution also aims to ensure the survival of a species, while making it independent from humans