Home Society and Culture Unfreedom of the press 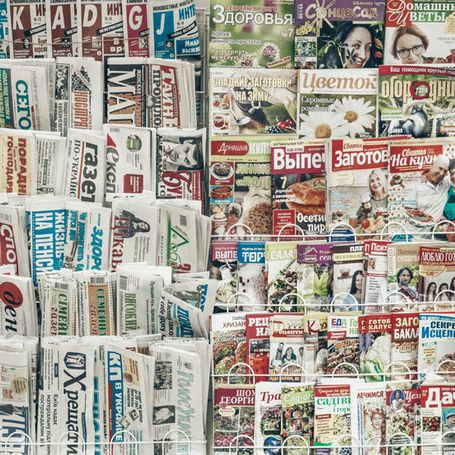 Mark Reed Levin is a lawyer, writer, and American radio presenter, whose professional history includes working with the Administration of conservative President Ronald Reagan. He is known for his decisive and provocatory criticisms of the Democratic Party, and famous for hosting the conservative radio programme The Mark Levin Show and his Fox News talk show Life, Liberty, and Levin. Despite his initial aversion to Donald Trump, Mark Levin changed his mind following Trump’s election as President, and went on to become one of the most vocal pro-Trump supporters in the American press. He has written various bestsellers, including Liberty and Tyranny: A Conservative Manifesto, and Unfreedom of the Press.

The main purpose of the press is to inform citizens in an honest and truthful way, providing them with ideas, facts, and information, as well as nurturing their intellect and creativity. It should also contribute to society, helping it to develop in a healthy and productive way, as well as denouncing anyone threatening freedom of speech, including governments.

Even though these should be its guiding principles, today the press is heading in an entirely different direction: this can be seen on the front pages of the news dedicated to Trump’s presidency in America, which, according to Levin, show how increasing numbers of newspapers and journalists are siding with the Democrats and opposing the Republicans. As a consequence, mass media is assuming a political bias, which is disastrous for both the readers and the press’ overall reputation.

The key ideas of "Unfreedom of the press"

Today, the party-press hides behind lies and fake impartiality

The threat to the freedom of the press is coming from the Democrats, not the Republicans

The American press is increasingly drawn to propaganda and fake news