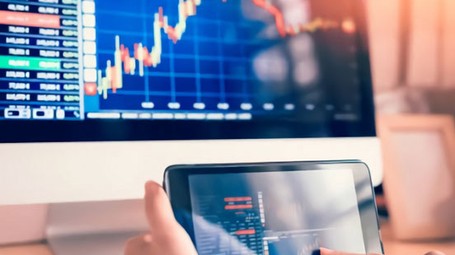 Anthony Robbins was born in North Hollywood in 1960, and is one of the best-known trainers in personal development and the psychology of change. As a known expert in NLP and Ericksonian hypnosis, he has coached many famous people, executives of large companies, politicians and athletes. As well as being famous for his best-selling books, he is known around the world for his courses on personal growth and communication, leadership and motivation. He is also a highly successful entrepreneur, founder and partner of around 30 different companies. Robbins is also very active in social projects: he has launched support programs in schools and in prisons, provided many meals for those in need thanks to his partnerships with non-profit organisations, and set up several projects in India to beat some of the most dangerous and common illnesses.

Not only do the dynamics of compound interest enable you to earn on the initial amount invested, but also on the interest it produces, generating huge sums of money over the years

When you're in your twenties, if you manage to pay rent, bills, food, and go on holiday at least once a year, it's normal to feel like you're doing a good job when it comes to your finances. But for those who want to do more than just survive, this obviously isn't enough. So, what can you do to make sure you can afford to buy a house, have as many children as you like, send them all to college, enjoy a good standard of living, and a comfortable retirement? There may be more than one answer to this question, and in this book, Tony Robbins explores one of them, which is quite possibly one of the best: investing. To learn to invest successfully, you first need to understand some basic concepts and recurring patterns that have to do with the markets. Let’s start with compound interest.

On average, the stock market has grown by about 10% per year for decades, 7% effective if we consider average inflation. Yes, there are some years when markets collapse, but in the long run, these losses are more than offset by growth during the good years. The key is to view investment as a very long-term initiative. Now let's say we invest some money and let it mature on generic shares for 20, 30 or 40 years. If a recession occurs, it will look like we are losing money for a few years. But if we stay calm and avoid divesting, eventually the market will recover, and our wealth will still continue to grow by around 10% per year.

The reason why investing in the very long term can pay off so much, as we have said, is connected to the mathematics behind the dynamics of compound interest. When our invested money grows, that growth is reflected in the interest paid to us. For example, if we invest 100 euros, and the investment grows by 10%, we end up with 110 euros. We therefore have 10 euros more, and we have achieved 10% interest. The dynamics of compound interest occur when this growth continues in subsequent years and multiplies. This means that the accrued interest will in turn automatically generate other interest.

Let's go back to the example above. In the second year, if we earn 10% again, we will end up with 121 euros, because 10% of the 110 euros we started that year with, is 11 euros. We therefore earned another 10 euros from the initial amount we invested, and an additional € 1 from the 10 euros of interest accrued the previous year. That additional euro comes from compound interest. Although the effect of compound interest may seem very small in this example, over decades it becomes extremely powerful. For example, investing a sum of 50,000 euros in the S&P 500 general market index in 1985 would have turned it into approximately 1 million euros by 2015, 30 years later.

This occurs because compound interest ensures that money does not grow in a linear way, but exponentially: over the years, in fact, interest is earned not only from the amount invested, but also from all the interest it produces as the investment grows. And after a while, the difference becomes enormous, so you have to start as soon as possible. Let's look at another example, which to some will seem absolutely amazing.

Anthony, meanwhile, starts investing when he is 27 years old, putting in 300 euros per month like Mario, and with the same average return of 10%, and continues to do so for 38 years, until he is 65. The total capital invested will therefore be 140,000 euros, and when Anthony turns 65, he will “only” have 1 million and 590 thousand euros.

So we can see that Anthony spent five times as much as Mario, had to save all his life, and in the end he put together a smaller sum than Mario, who started 8 years earlier than Anthony, and only had to save for 8 years.

The key ideas of "Unshakeable"

Not only do the dynamics of compound interest enable you to earn on the initial amount invested, but also on the interest it produces, generating huge sums of money over the years

Focussing on limiting losses is a better strategy than pursuing large gains, because the market is unpredictable

The best deals are made when the market is crashing. These moments of major decline are no time to panic, stay calm and use checklists and the history of the markets to reassure you. Avoid listening to the media, and focus your attention on the long term

Having a balanced and diversified portfolio helps you become successful, protect yourself from financial collapses, and keep up with the evolution of the economy and the financial markets

To be a successful investor, you must pay close attention to both commission and tax rates