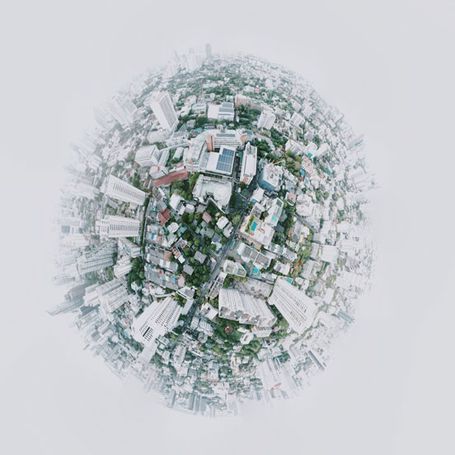 Rutger Bregman (1988) is a Dutch writer and historian. Listed in the 2017 Forbes 30 under 30 for Europe,  he is one of the youngest, most promising thinkers on the continent. He has published several books on history, philosophy, and economics. His History of Progress won the Belgian Liberales Prize for best non-fiction book in 2013, and Bregman has been nominated twice for the prestigious European Press Prize for his journalistic work at The Correspondent. The Dutch edition of Utopia for Realists sparked a basic income movement that made international headlines, and has been reviewed by The Washington Post, The Guardian, and the BBC.

We live in an era of abundance, yet we are unsatisfied: there is an urgent need for new utopias

Most of human history has been tough: things only began to improve a short time ago, thanks to scientific discoveries and technological advances. The past two centuries have seen explosive growth in both population and prosperity around the world. Today we live in what in the Middle Ages would have been considered the Country of the Cuccagna. According to historians, in the 1300’s, an average Italian earned the equivalent of around $ 1,600. Six centuries later, he earned more or less the same amount, despite many important scientific inventions and discoveries. Then, ever since the Industrial Revolution, there has been an explosion in global wealth, and today an Italian is, on average, 15 times richer than in 1880. Things are changing so rapidly that the price of solar energy has dropped 99% since 1980!

Over the past hundred years, billions of people have achieved a level of stability and comfort that would have seemed impossible to our predecessors. After years of starvation, people are now more likely to be obese than hungry. We are also safer - for example, the homicide rate is lower in Western Europe than it was centuries ago - and as fewer and fewer people die from disease, life expectancy has increased. A visitor from the Middle Ages would be amazed by how technologically advanced we are: just think of robotic legs for paraplegics or operations to restore healthy eyesight to those who are short sighted. Most of us live in a world where we have access to a lot of things that people didn't have just a few decades ago. In the Land of Plenty, almost everyone is rich, safe and healthy: the only thing missing is a reason to get up in the morning, because you can’t improve on paradise. Even though we have more resources and wealth than ever before, we all work harder than we ever have done before. At the same time, millions of people still live in poverty when there is enough money in the world to actually solve the problem. We can afford to do whatever we want, but many people are still unhappy, perhaps because they have forgotten how to dream big. They are too dependent on their comforts and no longer have goals.

It is time to rethink what progress is, and how we can improve our lives beyond spending money on material goods. Capitalism has opened the doors to the Land of Plenty, but capitalism alone cannot sustain it. Progress has become synonymous with financial prosperity, but the 21st century challenges us to find other ways to improve the quality of our lives. We have to imagine a new utopia in which we change society and our economy, so that everyone's life is better. The word utopia means both "good place" and "no place": what we need are alternative horizons that ignite the imagination. We talk about horizons in the plural because contrasting utopias are the lifeblood of democracy. There is a common feeling that significant changes are slow, but this is not necessarily true, not all changes need to be gradual. Indeed, historically, ideological change has come about very quickly. This change is the task of Politics with a capital P, the one that does not concern the rules, but the revolution, not the art of the possible, but making the impossible inevitable. The end of slavery, the emancipation of women, and the rise of the welfare state were all progressive ideas that seemed crazy and irrational at first, but were eventually accepted, and became basic common sense.

The key ideas of "Utopia for Realists"

We live in an era of abundance, yet we are unsatisfied: there is an urgent need for new utopias

The 15-hour working week and its benefits on society: less stress, less pollution, less unemployment and a more even distribution of work