Home History and Philosophy We Do Things Differently 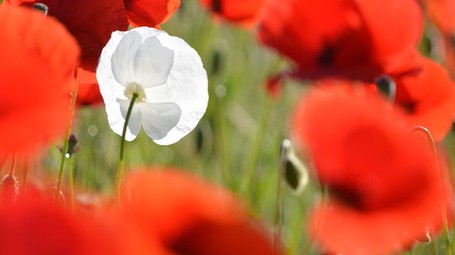 Writer, author, speaker and “futurologist”, Mark Stevenson is an expert in global trends. He has a degree in computer science and is author of the book An Optimist’s Tour of the Future. He has also written articles for The Times, The Wall Street Journal and The Guardian. Stevenson lives in London, where he consults for companies and organisations on cultural change and technological trends. He co-founded the company We Do Things Differently and The League of Pragmatic Optimists, a community of people united by a practical spirit and their desire to work towards a better future.

An engineer’s approach can unveil the inconsistencies of medical research

Jamie Heywood is an engineer who was working in San Diego when, in 1998, his brother was diagnosed with amyotrophic lateral sclerosis, (ALS). This is a progressive illness, which, in time, leads to paralysis of the voluntary muscles, until it reaches the respiratory apparatus.

Three days after the diagnosis, Jamie left his job in California to head back to Boston, where he was born, to set up at his parent’s home. From that moment on, his life was completely devoted to his brother; he founded a non-profit biotech organisation, with the sole aim of finding a cure for ALS disease. In just one year, he raised 400,000 dollars.

The money that he raised allowed him to rent and furnish premises for what is now the biggest ALS research and development laboratory in the world, with over 30 scientists working there.

Time was a defining factor for Jamie’s brother, so creating a new drug wasn’t going to be possible; the plan was to find already existing drugs that might prove effective in curing ALS.

In 2002, Jamie and his associates found out about an important study carried out at a university which showed that mice with a particular form of ALS lived longer when treated with a particular anti-inflammatory drug called Celebrex.

As an engineer, Jamie was used to testing a hypothesis many times to confirm it, so he decided to replicate the experiments carried out at the university, with disappointing results: the same percentage of the mice treated with the drug died as those that were not. They repeated the experiment three times to be sure, but the results were the same.

At that point, Jamie realised the bitter truth: that medical research is unreliable,  often misleading, and is subject to the pressure researchers are under (whether they realise it or not). These pressures are often financial, because if a researcher does not make any useful discoveries within a certain timeframe, they risk not being granted further funding to continue their research. This is why the results that both researchers and investors are hoping for are the ones that their studies often show.

Today, Jamie, an engineer from Boston with no professional qualifications in this field, is seen as one of the most important thinkers and visionaries in the medical field.

In 2006, ALS took the life of Jamie’s brother, but Jamie has no regrets, and is grateful to Stephen for giving him the opportunity to bring meaning to his life and for helping him to find the courage to challenge the rigidity of the system of medical research.

Among his many initiatives, Jamie created a website for sufferers of ALS, called PatientsLikeMe, where patients can share and exchange information, challenging the common platitude that patient privacy must be protected at all costs. Very often, sharing their information and experiences can save people’s lives.

The key ideas of "We Do Things Differently"

An engineer’s approach can unveil the inconsistencies of medical research

Participatory Medicine: we know ourselves better than any doctor!

An engine that works using a plentiful resource: air

From the worst school to the best in England, simply by changing the approach to learning