Home Sales and Negotiation What Every Body is Saying 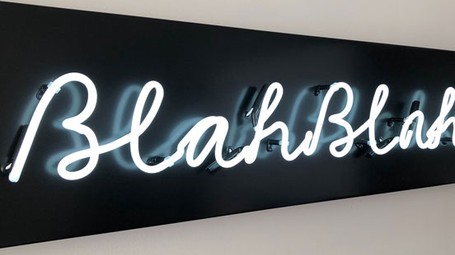 Joe Navarro was an FBI agent in counterintelligence for over twenty-five years. During his long career, he specialised in the study of body language - facial expressions, gestures, movements, posture, clothing – in order to decipher people's thoughts and intentions. He is a regular guest on television shows such as Today Show (NBC), Headline News (CNN), Cable News (Fox), and Good Morning America (ABC). In addition, he continues to teach seminars on non-verbal communication for the FBI, the CIA, and at Saint Leo University.

Human beings use two languages to express their thoughts, feelings, and intentions: verbal and non-verbal language. Children are taught verbal language from a young age, and it is the most direct form of communication used between people. Non-verbal language is made up of all of the different gestures, facial expressions, movements, postures, clothes, and accessories that people use to communicate something to someone, be it consciously or subconsciously.

Body language constitutes up to 65% of all interpersonal communication that takes place between individuals. To understand the importance of non-verbal language, just think about when you go overseas to a country where you are not familiar with the local language and you are trying to understand if the person standing in front of you is friendly or otherwise. By simply observing them carefully, you will come to understand what they have in mind. For example, if they look at you sideways, their intentions may not be friendly, while if they raise their eyebrows or extend their hand to you, they may instead be looking to create a positive relationship with you.

Body language is based on everything that does not include speech: facial expressions, the look in a person’s eyes, hand gestures, the way their feet are positioned, posture, small movements (for example, drumming their fingers), tone of voice, and, finally, the clothes and accessories worn by a person. This non-verbal language is what gives rise to the sensation that we often identify as a “gut feeling”: when you meet someone for the first time, you immediately get a “gut feeling” as to whether you like that person or not.

Knowing how to interpret body language is not only important to develop a better understanding of the person you are interacting with, but also as a means to communicate what you feel and want more successfully. For example, at a job interview, we usually try to avoid carrying ourselves with a slightly hunched posture or with our chin tilted downwards, as this would give the impression of our being submissive, when the context instead calls for us to show that we are sure of ourselves. Sometimes these signals are just a matter of quick movements or reactions that pass in a couple of seconds, but which you will still be able to catch with a keen eye.

It is not always easy to tell if a certain behaviour is genuine or not. In fact, even body language can be manipulated, albeit more difficult to do than when it comes to verbal language. For example, you can fake a smile. The difference between a spontaneous smile and a fake smile is that the first case scenario involves the instinctive use of different facial muscles in order to pull the corners of the mouth up towards the eyes, while in the latter, which is also referred to as a 'courtesy smile', the corners of the mouth move instead more towards the ears, and the eyes are no longer involved in forming the expression.

The key ideas of "What Every Body is Saying"

Facial expressions can be manipulated, however signals given by the feet and legs are more honest

The feet and legs reveal whether we feel comfortable or not, and if we tend to be the dominant party in an argument

Our limbic system tries to protect the torso and belly, as they are considered to be our most vulnerable areas

The movement and positioning of a person’s hands, arms, and feet can reveal serenity, excitement, discomfort, insecurity or domination