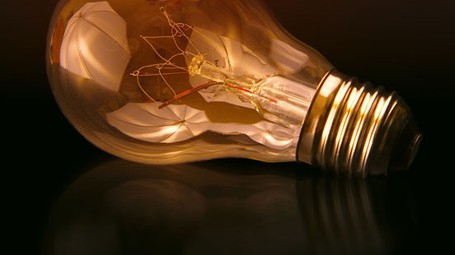 Steven Johnson is an American journalist and writer. Born in 1968, he is the author of several bestsellers on science and technology, which have been translated into over twelve languages. He is host of the Emmy award winning PBS series “How We Got To Now” and the American Innovations podcast. He founded the online magazine FEED and has written for many publications including Wired, TIME, The New York Times, The Wall Street Journal and The Nation. He has appeared on numerous television programs and lectures on science, technology and culture.

"Eureka" moments are just a myth: innovation happens through incremental developments, according to the "adjacent possible" model

When we ask ourselves where good ideas come from, it is a common belief that everything originates from a single "Eureka" moment. In reality, Eureka moments are a false myth: ideas hardly ever appear suddenly by themselves, but every discovery is a creative reconfiguration of pre-existing concepts. At the basis of all the discoveries and great ideas, in any field, there are some recurring shared patterns: these are the seven models of innovation. The first model is the “adjacent possible”, a term that was coined by the American scientist Stuart Kauffman, to explain biological innovation, but it can also be used for ideas. The adjacent possible tells us that what is achievable today is defined by the combinations of events and activities that have occurred previously, by pre-existing innovations. This model refers to the concept of incremental advancement and is the dominant form of innovation. In fact, few innovations take place like single great revolutions, but they are almost always the sum of many small steps where each bit of progress creates a new area of possibility. This applies to both technological innovations and natural evolution. Let's think about the origin of life on Earth four billion years ago: at the basis of everything, there were carbon atoms, able to connect with other atoms and build complex chains of molecules. These connections allowed the emergence of new structures such as proteins, which continued to combine to form the cells of the first living organisms and then the more complex beings. Each step along the way has opened the door to new combinations, expanding the realm of what is possible. Just as carbon did with life on Earth, it is the connections that facilitate ideas and therefore innovation. Let's take the invention of the incubator: in the 1870s, a French doctor, Stephane Tarnier, saw chicken incubators at the Paris zoo and, using them as inspiration - and with the help of the zoo's own breeder - developed a machine to help the premature babies in his hospital to say warm. The incubator had a major impact and helped halve the number of deaths of premature babies. At that time, other hospitals also used devices to keep babies warm, but the exceptional results of Tarnier's incubator was the driving force for the installation of the device in all the maternity wards in Paris. To use a more recent example of the adjacent possible model, let's think about the fact that companies like YouTube or Uber could not have been created 50 years ago when there were still no computers, fast digital connections and online payment systems. Innovations always tend to occur within the limits of the adjacent possible, in the sphere of the options of facts and knowledge available at a given moment. Advances beyond the adjacent possible are rare, and bound to become short-term failures if a particular setting or environment is not yet ready for them.

The key ideas of "Where good ideas come from"

"Eureka" moments are just a myth: innovation happens through incremental developments, according to the "adjacent possible" model

Liquid networks are ideal environments to connect and complete ideas

Serendipity and accidental connections generate new ideas: this is why ideas should circulate freely

Innovation thrives by reinventing and reusing the old through the model of “exaptation” or, external adaptation

Platforms are stepping stones for innovation