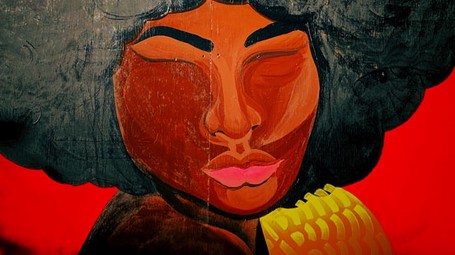 Robin DiAngelo is a researcher, trainer and author who specialises in the field of racial and social justice, in the critical analysis of discourse, and on "white fragility", a term that she herself coined in 2011, and then developed in the book of the same name. She taught multicultural education at Westfield State University, and is now an associate professor at the University of Washington. For over twenty years she has also acted as consultant and facilitator during racial awareness workshops.

In what is generally defined the West (United States of America, Canada, Europe) and in many of those societies that were formed following white colonisation (for example Australia, New Zealand, and South Africa) there is one common pattern that divides society racially, placing white people on a pedestal and calling all others inferior. From a biological point of view, races do not exist, but the social construct of race substantially defines our lives. The colour of someone’s skin affects their life expectancy, their ability to access health services, the schools they can attend, the city or neighbourhood they live in, the job they do and the salary they earn.

The main consequence of this white dominion is that white people have never had to create a sort of racial resistance because being born white automatically entails the possibility of enjoying - even unconsciously - certain privileges that are now taken for granted. The downside of this condition, however, manifests itself in the extreme fragility that white people experience when it comes to confronting racial issues. When a white person finds himself forced into a conversation on these issues, he automatically goes on the defensive, reacting to any feedback with resentment, anger, guilt, or closure, until he decides to abandon the conversation. This white fragility, however, should not be interpreted as a weakness, on the contrary. Reactions such as these only serve to restore a status quo in which white people occupy the highest position in the social hierarchy. White fragility, therefore, is nothing more than a powerful means of controlling others, defending one's privileges and perpetuating racism, even unwittingly.

Think, for example, of progressive whites, or those people who define themselves as tolerant, broad-minded, and absolutely alien to any form of racism and are proud to have black people among their friends. Precisely because of their unshakable convictions,  progressive whites are the main hostages of white fragility, and despite their good intentions, they are also the most responsible for the survival of racism because, firmly entrenched in their own false beliefs, they do nothing to try to understand the actual reality of the situation, or to try to change the status quo. For a white person, accepting racism as an intrinsic component of their personality, bequeathed by the system into which they were born, perpetuating racism from generation to generation - is the first step in really fighting it head-on.

The key ideas of "White Fragility"

The culture of individualism, objectivity, and the conviction that only ‘bad’ people are racists are the foundations of white identity which sustain white fragility

Racism is a social construct that in the United States was originally used to justify slavery, and to preserve the economic interests of a particular group of people

To understand racism and white fragility, it is necessary to distinguish between prejudice and discrimination

Racism has the capacity to adapt over time and become explicit in actions that do not seem racist at all, but which are in fact deeply so

It is possible to overcome white fragility, but the process is not going to be painless. Doing so requires that people stop feeling guilty and choose to take responsibility for change