Home Health and Nutrition Why We Get Fat 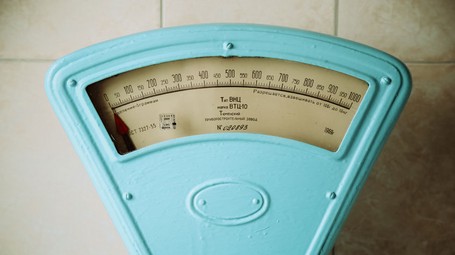 Gary Taubes is a correspondent for Science magazine, and a Robert Wood Johnson Foundation investigator in Health Policy Research at the University of California, Berkeley School of Public Health. He has received three Science in Society Journalism Awards from the National Association of Science Writers, and his articles have appeared in The Atlantic, The New York Times Magazine, Esquire and The Best of the Best American Science Writing. He currently lives in Oakland, California.

It is a common misconception that we get fat because we take in more calories than we burn, and in any case, low-calorie diets almost never work in the long term

Obesity is a complex issue with many causes, but most nutrition experts maintain that we get fat simply because we take in more calories than we burn. It is also commonly believed that the energy we take in and the energy we burn have little influence over one another, and that we can alter one without interfering with the other. Many experiments, however, have shown that animals whose food intake is suddenly restricted also tend to reduce their energy expenditure, either by moving less or by slowing down the consumption of energy in their cells, leading to weight loss.

Until the 1950s, weight issues were exclusively blamed on hormonal imbalances, but this idea gradually began to disappear after the Second World War, and was replaced by the theory that excessive weight was caused by what we eat. This shift was largely due to the dramatic increase in cases of heart disease. Fatty food became the sole culprit of obesity, clogged arteries, and heart disease, and everyone believed that fat made us overweight and caused disease. Current medical opinion is still based on this flawed but convincing explanation, and it is not easy to challenge the opinion that if we want to lose weight, we need to eat less fat. The problem, though, is that people are not losing weight; on the contrary, obesity and cases of heart disease have been steadily rising over the years. So, this reasoning has clearly failed to find the key cause of the issue, and to explain why some people are fat, and others are not, despite having similar lifestyles.

Diets aimed at reducing our caloric intake may help us lose weight in the short term, but will always cause problems in the long run, because we constantly have to work to maintain the weight we have lost. So, for most of us, diets are bound to fail. Diets that restrict calorie intake deprive us of the energy and nutrients that keep our body healthy and help it regenerate: if we reduce our calorie intake by 20% by eating 20% less food, we will not only reduce 20% of our calories, but also 20% of the vitamins and minerals we get from what we eat. As soon as we return to our old eating habits, our body will quickly regain the weight it has lost, leading to a yo-yo effect. A diet that involves a semi-starvation regime will inevitably fail, because the body adapts to the calorie deficit by burning less energy, and this starvation causes sadness, irritability, and chronic fatigue, which also makes us lazier. This is why low-calorie diets almost never work, and can even damage our health.

The belief that people get fat because they eat too much places the blame on a weakness of character and overlooks biological factors. This oversimplification also fails to consider the complex processes that take place within the human body, especially because many cases have shown that poor, undernourished people can still get fat. Towards the end of the 20th century, for example, the indigenous peoples of America lived in extreme poverty, and were forced to survive on minimal amounts of food: although their children showed signs of nutritional deficiency, many of the mothers were overweight, and not because they ate more.

The key ideas of "Why We Get Fat"

It is a common misconception that we get fat because we take in more calories than we burn, and in any case, low-calorie diets almost never work in the long term

While regular physical activity is important, exercising more will not prevent us from being overweight

Our bodies are unable to cope with the amount of carbohydrates contained in our modern diets, so they make us fat and lead to disease

In order to lose weight, or to avoid getting fat, we have to cut out carbohydrates