Home Health and Nutrition Why Zebras Don’t Get Ulcers 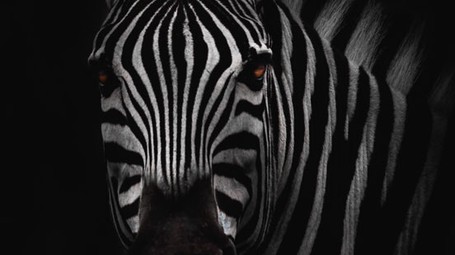 Robert Sapolsky is a professor of Biology and Neurology at Stanford University and an associate professor at the Institute of Primate Research, National Museum of Kenya. Committed to the study of the brain and of animal behaviour, he is considered among the best scientific writers in this field. He has published a number of successful books such as “The Trouble with Testosterone”, “Why Zebras Don’t Get Ulcers” and “A Primate’s Memoirs”.

Zebras don’t get ulcers, because their stress is instant

Much of the analysis and research on humans is actually based on animal behaviour. After years of research, Robert Sapolsky, a neurologist at Stanford University, has put forward an interesting theory on how stress affects animals and humans differently.

Animals, such as zebras and lions, experience short-term and fleeting stress as they fight for survival. The lion hunts the zebra, and the zebra flees for its life. This kind of stress is short-term and highly charged, and naturally has an effect on the animal’s body. From a medical point of view, stressful events in animals generate fear, which triggers the so-called “stress response” in the body: the heart rate rises, breathing becomes more intense, and more oxygen-rich blood flows to the muscles, so the zebra is able to run faster. Once the immediate danger is over, the defence mechanism deactivates, and the zebra’s body returns to its normal state.

In human beings, the process is more complex. Humans suffer from immediate stress during events such as a car accident, for example, but we also feel hypothetical stress. Animals face stressful situations like starvation, injury, or severe heat, whereas humans experience the idea of stress, like the terror we feel before a meeting or interview, and the sleepless nights we spend riddled with anxiety. The real problem we face as humans is that our stress response is sometimes activated prior to the threat itself. This response is usually psychological or social, and is what can cause the onset of diseases in the long run. Humans, unlike animals, are tormented by their thoughts. So when Sapolsky says that “zebras don’t get ulcers”, he is referring to the uniquely human habit of letting our emotions and circumstances get the better of us.

The key ideas of "Why Zebras Don’t Get Ulcers"

Zebras don’t get ulcers, because their stress is instant

Stress is the main cause of many modern diseases

Stress has a subtle effect on the body, and eventually affects the nervous system

Strokes and ulcers are the most common diseases linked to stress