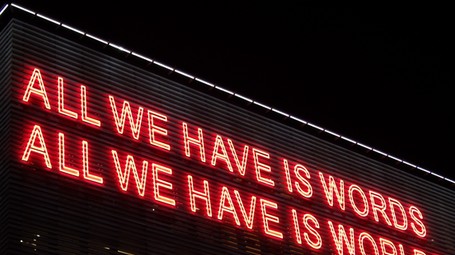 Shelle Rose Charvet is a Canadian author, coach and Neuro-Linguistic Programming (NLP) trainer. She has a degree in Social Sciences from the University of Ottawa, is a researcher and has been teaching for over 35 years. She introduced LAB Profile (Language and Behaviour Profile) to the world as a strategic coaching, marketing, sales and human resources tool. Charvet is an expert in unconscious communication processes and is renowned for her advanced techniques used to enhance rapport, trust, credibility and influence. She founded the Institute for Influence and has created programs for female managers and leaders. In addition, she is president of Success Strategies in Canada.

LAB Profile®: a tool that allows you to adapt your language to other people’s ways of thinking for high impact communication

Every human being communicates through a series of filters formed by their past, their identity, their perceptions and interpretations. Each of us has our own way of thinking, and processing data. We use these mind structures naturally, with both our spoken language and our body language, and people respond immediately when someone speaks to them in their own language. LAB Profile® - Language and Behaviour Profile, is a powerful tool that allows you to understand, predict and influence people’s behaviour, decoding the language that they use and adapting your own language accordingly. It was developed in the early eighties in the NLP environment, and is based on a series of models called Meta programs, and on specific questions, based on which, people’s unconscious patterns are revealed in the language that they use, regardless of what they actually say. These questions can be used in casual conversations or inserted into formal surveys. There are two types of Meta Programs: Motivational Models or Traits, meaning the structures that indicate what a person needs to become motivated in a certain context, and Working Traits or Operational Traits, which describe a person’s internal mental processing, their stress response, and the type of environment that makes them more productive. There is a specific influencing language which corresponds to each of these patterns, which allows you to adapt your own language to the other person’s pattern, to allow for maximum impact when communicating. Behavioural predictions are only valid when they are made in the same context in which the subject was profiled.

The key ideas of "Words That Change Minds"

LAB Profile®: a tool that allows you to adapt your language to other people’s ways of thinking for high impact communication

Action or reaction? The first motivational pattern distinguishes between proactive and reactive types

The criteria or ‘HOT BUTTONS’ in the second motivational pattern

Toward or away from? The third motivational pattern identifies the direction of someone’s motivation

The fourth motivational pattern: is the source of motivation internal or external?

The sixth motivational pattern and attitude towards change

Attention to detail or the full picture? The area of interest is the first of the productivity models or operational traits

Attention to self or to others? The second productivity pattern

Independent or cooperative? The fourth pattern looks at productive style in relation to the environment

How important are relationships at work? The fifth productivity pattern

Sixth productivity pattern: rule structure for us and for others

Seventh and eighth model: in what way and through which sensory channel are people persuaded