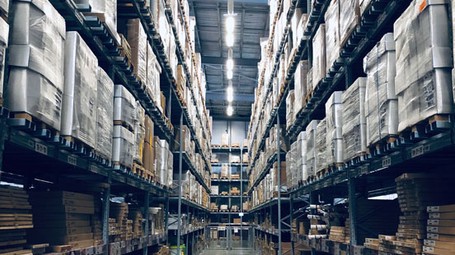 After graduating from University, Colin Bryar started working for Oracle, focusing on application design and development. Later, along with two of his colleagues, he founded Technologies Group, to help companies that want to move their business online. Among their various customers, there was also a small company called Amazon. Realising its potential, Bryar joined Amazon in 1998, and stayed with the company for 12 years, in various managerial roles. For two years he worked side by side with Jeff Bezos.

After completing his master’s degree in business administration, Bill Carr went to work for Procter & Gamble. Driven by his passion for technology, he launched a software startup, and in 1999, he joined the Amazon team, initially as a video product manager. He stayed with the company for 15 years, reaching senior management roles which brought with them considerable responsibility. In particular, he launched and directed the global development of video and music in digital format, services which are now known as Amazon Music, Prime Video, and Amazon Studios.

Jeff Bezos decided to take a chance on the internet, and choose the book market to get his online business started: Amazon.com was launched

Amazon.com opened in July 1995. Jeff Bezos had recently left his role as vice president of an investment fund in New York, and a promising career, to head West with his wife, and start an internet-based business.

The book market is well suited to online sales: they are not heavy items to ship, nor are they bulky, and they are all more or less the same size. An online bookstore can offer a complete and unlimited selection for its customers, and technology also makes it possible to analyse consumer behaviour and create personalised experiences for each user.

Three small rooms in Seattle, with make-shift desks, put together from old doors, and a space of just thirty-five square meters as the first sorting centre: this is how it all began for Amazon.com.

Jeff Bezos immediately makes it clear to his employees that he will accept nothing less than perfection. Embracing these standards means working 60 hours a week, and doing everything possible to satisfy their customers.

Their customer base continued to grow until they realised that they had something very special on their hands; Amazon transferred to a new building because they needed more space.

In the early years, Jeff Bezos was involved in every decision and personally made sure his principles were applied to every step his small team took: customer obsession, innovation, frugality, individual responsibility, willingness to actand high standards.

By the end of the nineties, from a few dozen at the beginning, the number of employees at Amazon had increased to more than five hundred. To maintain high quality standards, everyone had to put the company mission first: customer obsession and creating long-term value.

The key ideas of "Working Backwards"

Jeff Bezos decided to take a chance on the internet, and choose the book market to get his online business started: Amazon.com was launched

The 14 principles of Amazon: the guide that helps keep workers faithful to the company mission regardless of exponential growth

The Amazon Bar Raiser Program: a scalable, repeatable, and formal process which enables you to hire the best employees

Single-threaded leadership for agile innovation: a single person takes care of one single initiative and manages an autonomous team

A typical Amazon meeting starts with a twenty-minute silence, during which participants read a six-page document

“Working backwards”: starting from the desired customer experience then establishing how to create it