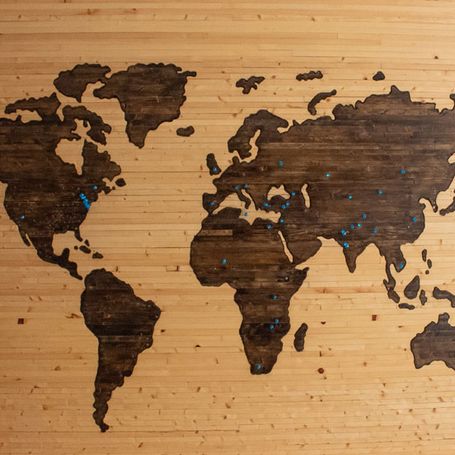 Henry Kissinger is a politician and German born, naturalised American diplomat. A member of the Republican party, he was National Security Advisor and US Secretary of State to Presidents Richard Nixon and Gerald Ford. He has received several prestigious awards for his work, such as the Nobel Peace Prize in 1973, the Presidential Medal of Freedom, and the Medal of Liberty, which are the highest American civil honours. Author of numerous essays on foreign policy and diplomatic relations, he is president of Kissinger Associates Inc., an international consulting firm.

When we talk about world order, we think of all countries being at peace with one another. Yet, history has shown us that this dream of peace is desirable but unattainable, and how complex it can be to maintain even a fleeting state of world order.

One of the main problems stems from the diversity of each country, of which each individual nation is naturally proud. In fact, the different nations have always considered their own culture and laws as universally valid. This, when it comes to dealing with each other’s differences, they each try to assert their own apparent supremacy.

The United States has been a striking example of this; ever since the end of the Second World War, they have tried to export the principles of democracy and the free market to the rest of the world.

History is full of examples of one country deciding it is necessary to conquer another, neighbouring country. In this book, Kissinger reconstructs part of these events in an attempt to present a hypothetical world order for the future. He imagines how the relationship between the United States and China will develop, he evaluates the consequences of the conflicts between Iraq and Afghanistan, and analyses the nuclear negotiations with Iran, as well as the reactions of the West to the Arab World.

With all these dynamics at play, it is very difficult to imagine an "orderly" future. Indeed, according to Kissinger, looking back at history shows us that there has never really been a world order.

The concept of what we now call world order was introduced in Europe, about 4 centuries ago, when peace was established by the Treaty in Westphalia, but many continents were unaware of the existence of any agreement.

In fact, the Treaty (which marked the end of the Thirty Years’ War) reflected a practical adaptation to reality, without allowing concessions to any one single signatory over and above the others. It was an order in which division and multiplicity coexisted, because each state remained independent, so they could each determine the religion of their own lands, and not get in each other’s way. There was no attempt to overthrow, or to affirm one's own truth.

If on the one hand, tolerance towards one's neighbouring country was an advantage, on the other hand, it also posed a problem. The pitfall was subtle, because each region ended up considering its own order as "special" which by default meant the others were "barbaric". Each region also hoped to be able to impose their own order - which they believed to be the perfect model of organization - upon the rest of the world. The lack of effective means by which to communicate between one country and another entrenched these barriers, because it meant that countries were neither able to fully relate to, nor compare, each other’s religious institutions. Meanwhile, on the other side of the world, China viewed itself as the centre of civilization. China had a hierarchical and universal concept of order, in which the emperor dominated everything on Earth. This meant that China viewed other countries as inferior, and believed that they would eventually have had to surrender to China’s cultural and economic greatness.

Islam, in turn, presented yet another different order of things. Its strongly religious perspective would allow for only one single government, with a view to unifying and pacifying the whole world. By the seventh century, many different areas of the world were Islamic, and they too had their own desire to expand.

The areas in question included the Middle East, North Africa, parts of Asia and parts of Europe. It was practically impossible to bring together such geographically and culturally distant areas under a single government. Nevertheless, this was the intention of the Turkish-dominated Ottoman Empire, which hoped to expand further into the Mediterranean, the Balkans, and Eastern Europe. From their point of view, expansion was possible thanks to the European multi-state, which was in fact a reason for internal division, and favoured a climate of uncertainty caused by the continuing political conflicts.

On the other side of the Atlantic, however, things were very different. The so-called "New World" was created by British Puritan settlers who thought of themselves as "on a mission in the wilderness". The order that the Puritans sought to bring was through the word of God, which would free them from the constraint of obedience to the established structures of authority.

According to the "New World" concept, peace and balance would easily spread as soon as the "others" got to know the Americans’ ‘sound’ principles. The Americans were truly convinced that the democratic principles they promoted would spread peace in the world.

Europe continued to believe in the balance of power.

Over the centuries, the concept of world order has not wavered from the desire or need to create a global system. However, rather than maintaining the existing world order, we should talk about building a world order that has never actually been established.

The key ideas of "World Order"

The role of the United States in establishing World Order